Home All The News Solskjaer: Man Utd did not create enough ‘big chances’ 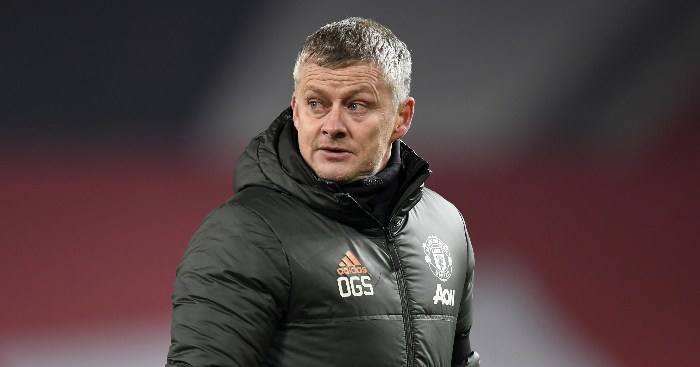 Ole Gunnar Solskjaer suggested that Man United are “getting closer” to where they should be despite losing to Man City in the Carabao Cup semi-final.

The game got off to a rapid start as three goals were disallowed for offside inside 25 minutes. But the best chance of the half fell to Kevin De Bruyne. His vicious right-footed strike struck the post after 13 minutes.

Man City got the all-important first goal in the 50th minute. Phil Foden’s free-kick was directed into the net by the in-form John Stones.

Man United could not quite find a breakthrough despite playing well. The win was all-but secured for Pep Guardiola’s side in the 83rd minute.

City sent in a corner that was headed away by Aaron Wan-Bissaka. It only went as far as Fernandinho, who volleyed it in past Dean Henderson from the edge of the area.

Speaking with Sky Sports post-match, as cited by BBC Sport, Solskjaer insisted that his poor record in semi-finals is not “psychological”:

“Manchester City can score many great goals. You can accept that. When you concede two simple set-plays, it’s very disappointing. Just not good enough in those moments.

“We didn’t create enough big chances. They didn’t either, but we didn’t have the extra finesse we’ve had in the games lately. We weren’t good enough today.

“We played against a very good Manchester City team. They played well. When they play well you have to play very well to beat them. We were just lacking that little bit.

“We’re getting closer. This is a much better version of United than a year ago in those semis.

“It’s not psychological [losing in four semis]. Sometimes you meet good teams in the semis. We met, at the moment, City are probably the best team in England.”