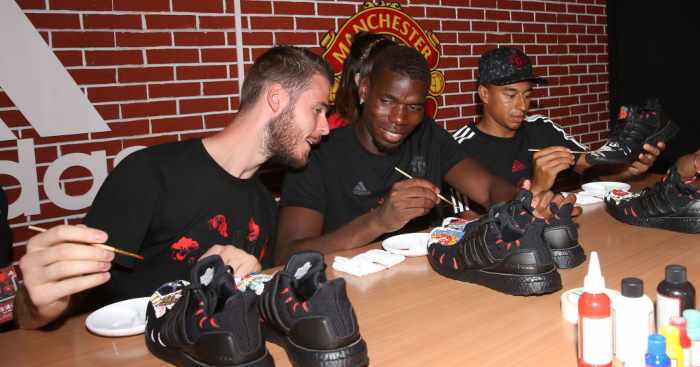 Ole Gunnar Solskjaer does not believe Manchester United fans will turn on Paul Pogba despite the midfielder expressing his desire to leave.

Three years on from returning to Old Trafford for what was a world-record fee of £89million, the 26-year-old’s future is under scrutiny.

Pogba admitted over the summer that he was open to “a new challenge somewhere else” – an admission compounded by his outspoken agent Mino Raiola’s public statements.

But the World Cup winner has knuckled down and impressed during United‘s tour of Australia and Asia, with Solskjaer underlining his plans for the France international to play a key role for United this season.

Pogba is set to feature against Tottenham in Shanghai on Thursday and his manager is confident that fans will not give him grief when the team return to Europe.

“No (concerns about the reaction),” Solskjaer said next to a nodding Scott McTominay.

“I think our fans know what Paul has given the club and what he can give us.

“Of course, there are some loud, some small minority, and, no, Paul has been an absolutely top individual.

“I think both me and the players will testify to that, that he’s never ever been a second problem here and we’re just grateful when he performs as well as he does.”