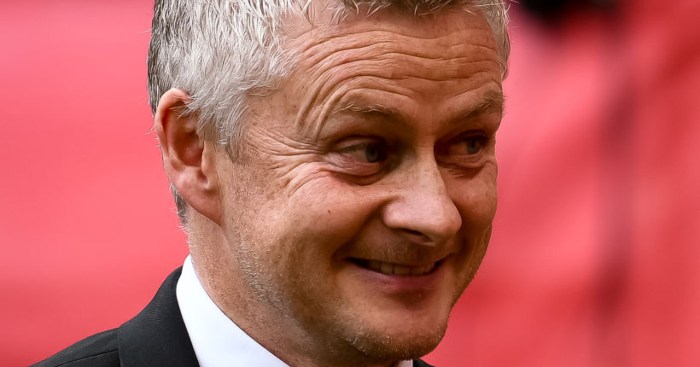 Ole Gunnar Solskjaer was almost giddy when asked about the form of Manchester United midfielder Fred at his press conference ahead of the clash with Arsenal on Sunday.

The Brazilian starred for United in their 5-0 win over RB Leipzig on Wednesday and Solskjaer insists his “incredible attributes” were worth waiting for after a slow start to his career at Old Trafford.

The United boss explained the qualities that make Fred such an important player for his side, picking out his balance and energy as particularly impressive.

Solskjaer said: He’s got incredible attributes, and we are seeing the better side of Fred, definitely, we’ve waited for it, he played a fantastic season last season and did what we wanted for him.

“He’s a humble boy, works really hard and, as he said after the game, he missed a couple of passes but that’s in his genes to look to improve and to look at his own performance, his high energy.

“He’s little but his point of gravity, his balance is fantastic, he’s so sharp, wins the balls and can play a good pass, delighted with his development.”

Fred is one of many fighting for a starting spot in United’s midfield, with Donny van de Beek finally starting his first game against RB Leipzig.

And Solskjaer claims the “competition for places” is vital for a team like United.

He added: “At the moment, we are looking like a Man United squad, I’ve got opportunities, competition for places, and any successful team in the modern era of football have had the option to rest players, to rotate and that is probably the only way you can last in this most intense league in the world and also with the Champions League involved, you want to go for the trophies.”