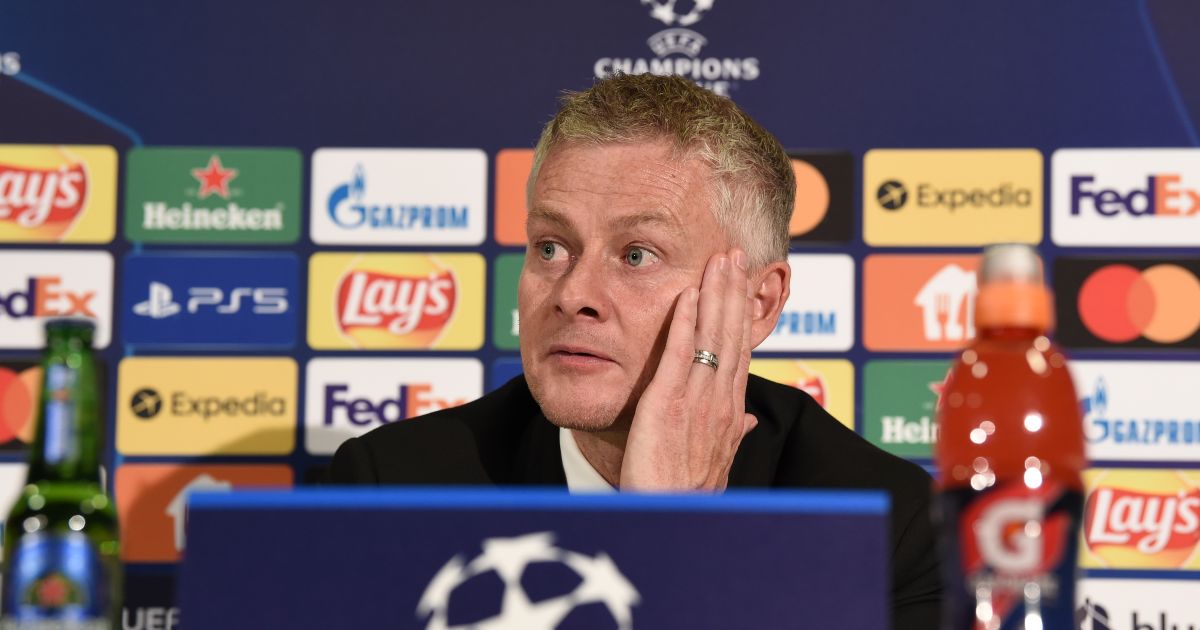 We have put together a second Mailbox on Solskjaer and co. Get your mails in on any subject in to theeditor@football365.com…

Four things Solskjaer must change…
Rather than engage further in the debate on Solskjaer’s competence or lack thereof, I@ve thought of a few things I’d like to see him change that I think would be beneficial but aren’t beyond what a ‘PE Teacher’ could accomplish.

He makes a lot of noise in the media without backing it up on the pitch. I don’t remember Van Der Gouw saying he should play instead of Schmeichel.

I’d have De Gea every day of the week.
Silvio (good to hear Souness calling out Halfway-line Harry on the weekend) Dante

Spurs malaise
To the editor

It seemed churlish to complain after a 9 points from 3 games start to the season, but it was fairly clear to see that the summer had done nothing to reverse the significant issues at Tottenham from the Wolves game onwards. After back-to-back 3-0 loses perhaps timing is better to complain now. And unfortunately the issues are numerous and many difficult to fix in the short term.

So there are big problems here. This squad is clearly top half in terms of pure ability. It’s probably top 6 if you look at the players potential. But Leicester, West Ham, Villa, heck even Brentford and Brighton, seem to be able to extract more from their team.

I’m sure there will be better days but at the moment it’s feeling like it will be a very long season indeed.
Jon L, Kew

Either three managers have all agreed that the “best striker in the world” should have complete freedom to play wherever he wants or Harry Kane does not follow instructions. I’ve thought for a long time that despite his very impressive stats he’s a net negative to Spurs. He leads their assists because nobody else can assist because their striker isn’t where he should be.

He’s not a master of the dart arts either, he’s a genuine danger to opposition players and if football wasn’t so confused about preventing serious injury he’d spend a huge part of his career suspended. The thing he does where he sprints to push his back into a jumping player is disgusting, actually disgusting. Football needs to clamp down on this specific foul (because it is a foul) but anyone who is willing to risk a spinal injury to a vulnerable player to win a freekick (often in his own half) has no place on a football pitch.
SC, Belfast

Why fans should care less about finance…
It’s easy to get sucked into debate about how much money a club should spend on a player. Easy to discuss what a player is worth, how debt will cripple the club etc. But it’s largely a stupid exercise for the average fan for a couple of reasons.

1. Most of us don’t understand football finances. We think we do because we’re told player X cost X amount and is paid X wages but that isn’t really how football finance works. Almost all payment in football is structured over time rather than up front. That’s just one example. See also amortisation if you have insomnia.

2. We don’t have access to all the information needed to give an accurate account of the …. Accounts. If we did…people would not bother reading them because it’s confusing and boring.

The discussion is always about how much a player cost and if he is worth the money. This dominates discussion on signings and wages etc but the discussion SHOULD be two fold –

A. Does this player have a skill(set) that we currently lack?
B. Is this player an improvement on what is already there?

From a fans perspective this is all we should care about really. Ignore the transfer fees, thats just sports media trying to sell us sensationalism. Ignore the wages for the same reason.

<Side note – football players are some of the biggest tax payers in this country because they’re all paid via P.a.y.e and so tax is deducted before they ever receive their wages, keep that in mind next time people say they’re overpaid.>

So let’s stop with the “my bank dick is bigger than your bank dick” stuff and focus on whether the players being bought actually help the team or not. It’ll also be a big finger to sky and their ridiculous transfer window sensationalism.
Lee

It’s rare I feel sorry for highly successful and rich top athletes, but I do feel a bit for Edinson Cavani after this transfer window. He was absolutely fantastic for PSG, then Neymar showed up, humiliated him with the infamous penalty kick incident and he was brushed aside. Later he moves to ManU, has a very good season, is generally liked a lot and asked to stay. Then Ronaldo arrives taking away his shirt and probably limiting his upcoming playing chances to some cup games and sub appearances.

This reminded me of the earlier discussion in the mailbox about the greatest transfers in the history of football. Some were suggesting Ronaldo him having few great seasons at ManU, bought for cheap and sold as the most expensive footballer in the world which is of course a decent shout. However, as he was a massive success at Real Madrid for almost 10 seasons one could argue selling him was actually very bad business. He wanted to leave, which makes this “coming home” quite silly as “coming home” would make more sense if he had moved back to Real Madrid, but that’s beside the point.

It’s a matter of opinion, but for me the criteria is a) bought relatively cheap b) was major part of club having great success during his time c) sold for massive profit or basically retired at the club and d) if sold, was done at the right time not being to emulate the success and performance at the new club. Three out of four is definitely not bad but I think Kaka is even better. Bought for peanuts as Berlusconi said, brought great success for Milan, chosen as the best player in the world during his time there along many other accolades and sold as one of the most expensive players in the world. I think he held the record for two weeks before Ronaldo showed up for Madrid.  After his move, he faded quite quickly, maybe partly because of injuries so the transfer was timed perfectly by Milan.

There are many other great transfers and honorary mention must go to Coutinho, which makes me bit sad as my mind boggles of the way Barcelona has done transfers in the past seasons. Absolute madness. About 500 millions to Coutinho, Griezmann and Dembele and massive wages on top of that. They will be a case example of poor management for future generations to come and it’s quite an achievement when considering the mad world of sports business.
Matti Katara, Finland

Manchester United and penalties
As a Liverpool fan, I am a bit reluctant to add to the volume of correspondence on Manchester United but I was deeply amused to see the reaction to the penalties that they missed out on against West Ham. United fans were raging on social media and the mailbox about the pure injustice of those decisions. Days later the anger is unrelenting. The horror! The horror!

For the record, I think the penalty calls were iffy and United should have had one penalty, but what really amused me about all this was remembering how United fans react when Liverpool or City fans make similar complaints. We get told to get over it, that we should stop whining, that we have got unfair decisions in our favour in the past, that things even themselves out…it is a long list. Of course it is asking for a bit too much to expect United fans to sympathize with their rivals, but strangely enough all the reasons listed above don’t seem to apply to United when they get denied decisions they believe they should have had.

‘Football fans are hypocrites’ is not exactly an original contribution to the discourse, but I feel we need to remind ourselves now and again how hilarious it is when manifested the way it has over the last few days.

Ronaldo…
If Ronaldo is being denied “stonewall” penalties then we’ll just call that the game “balancing itself out” for the 5 years of disgraceful diving of his youth.

And before any united fans chime in to defend Saint Cristiano by saying that he got kicked from pillar to post – he did but only as a response to repeated diving like he’d been hit by sniper fire and rolling around as if his legs had been blown off by landmines quickly jumping up with a grin once the decision is awarded in his favour.

All players do it and I won’t defend any of them but some stick out more than others. Ronaldo was one, he’s just reaping what he sowed.
Lee

Ajax…
I’d just like to bring the following stats to your attention.

Ajax have scored 19 goals in their last three games. One of which was in the Champions League. Haller scored four times in that game.

The following domestic competition game ended 9-0 and saw 8 out of 10 outfield players get on the scoresheet.

And then there’s suspended goalkeeper Onana, who is suspended till November 4th.

He was caught abusing a substance and during his months long suspension Ajax kept their faith in him, paid his wages and as a reward Onana decided not to extend his contract. Meaning he will probably exit next summer for a free.

That is all, carry on.
Stijn, Amsterdam