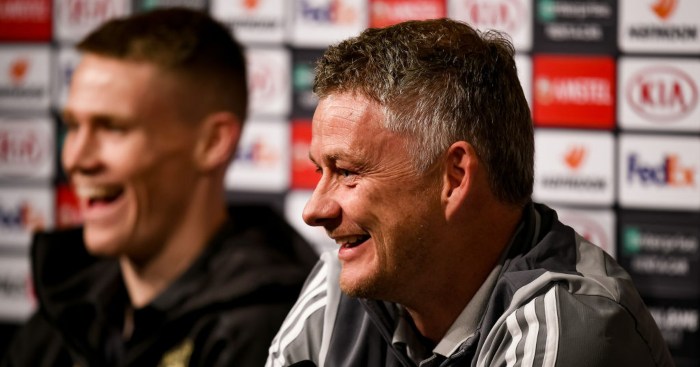 Ole Gunnar Solskjaer is reportedly set to be handed €300million to spend in the summer, to rebuild Manchester United.

That’s the news coming from SportBILD’s head of football, Christian Falk, who told Utd Report that United have big plans to rebuild the team.

Solskjaer is looking to add to his squad this summer, with Jadon Sancho thought to be their prime target.

United were believed to be in pole position to land the 19-year-old before football was locked down due to coronavirus.

Although Borussia Dortmund are keen to hang on to the England international for another year, they are willing to let him join United if two conditions are met.

United have been linked with a number of alternatives to Sancho – we have assessed the chances of 11 of those names moving to Old Trafford.

And Falk has revealed that United are preparing to spend big this summer, as Solskjaer looks to rebuild the club.

Falk said: “I have heard from my sources that United’s management is ready to invest €300million to build a new team. This is also a sign to players like Sancho that a big team is ready to be built up at United – there is a huge incentive.

“United weren’t convincing enough for Timo Werner’s poker. The next player will be moved on more aggressively. The €300million can also be spent during this summer – if the needed players are on the market, and if they can sell some players.”