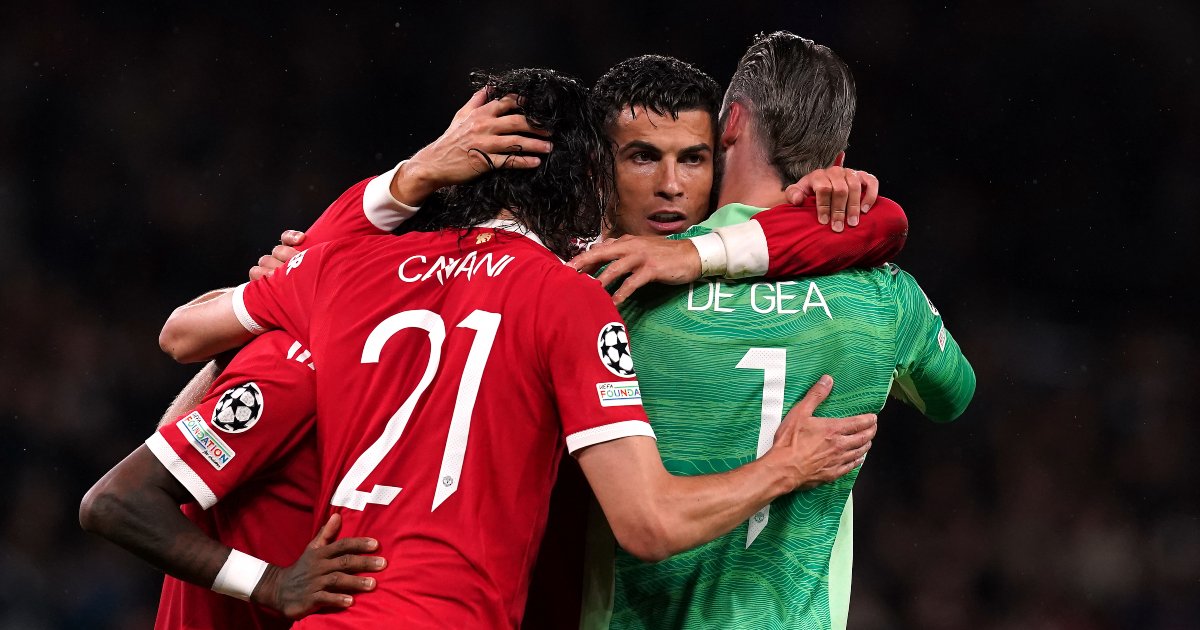 Having kicked off Group F with a shock late defeat at Young Boys, the Red Devils were facing the prospect of a third straight home defeat in all competitions after Paco Alcacer deservedly put the visitors ahead.

De Gea had prevented the opener coming sooner with some outstanding saves to deny Villarreal, against whom he struggled in the penalty shoot-out of the Europa final in May.

The United goalkeeper continued to shine after Alex Telles’ exquisite volleyed leveller, with Ronaldo scoring in the fifth and final minute of stoppage time to seal 2-1 triumph at a rocking Old Trafford.

“It was a very difficult game against a very good team,” Solskjaer said.

“First half we had lots of possession but they counter-attacked really well, transition attacked quickly and created some big, big moments in the game.

“Thankfully we had the best goalkeeper in the world tonight. David was fantastic. Very happy with his performance.

“Second half they had more of the ball, it was still open and they deserved to lead.

“Tonight Cristiano of course came up with a good goal and Alex scored a fantastic goal.”

Asked about De Gea’s impressive performance as his fine start to the season continued, Solskjaer added: “You’re probably right that he had a difficult summer after that (Europa League final).

“Of course he went to the Euros, didn’t play there, but he’s really come back with a determination and a belief and a work rate that I’ve enjoyed… he saved us tonight, we have to be realistic and say that.

“Of course we’ve got two good keepers with Tom (Heaton) and Dean (Henderson) as well, but today David deserves, for me, man of the match.”

De Gea provided the foundation for victory on an evening when United toiled for large parts before Ronaldo ended a quiet performance in box-office fashion.

“He’s done that so many times,” Solskjaer said of the Portuguese, who broke Iker Casillas’ all-time Champions League appearances record on Wednesday by moving onto 178 competition matches.

“When you saw him against Ireland a couple of weeks ago, he missed a penalty early, didn’t touch the ball more or less, and he scored two great headers in the last two minutes.

“That’s just what he’s done throughout his career. He’s so strong mentally, he just stays in the game.

“I’ve seen him all day, the way he’s built up for this game, how focused he’s been and when he gets that one chance it’s a goal.

“A couple of half-decent headers in the first half that could have ended up with chances, but a true mark of a very, very good finisher is that he keeps calm when the chance arrives.”

Villarreal boss Unai Emery was proud of his side’s display in the defeat at Old Trafford.

“I think when you look back you kind of have to separate and make a contrast between the final result and the feelings that you get about how well we played,” the ex-Arsenal boss said.

“If you look at the game apart from the result you detect a certain pride, the desire, the way we used our football to transmit a feeling of hard work.

“We had a lot of possession of the ball, but unfortunately it’s a results game.”