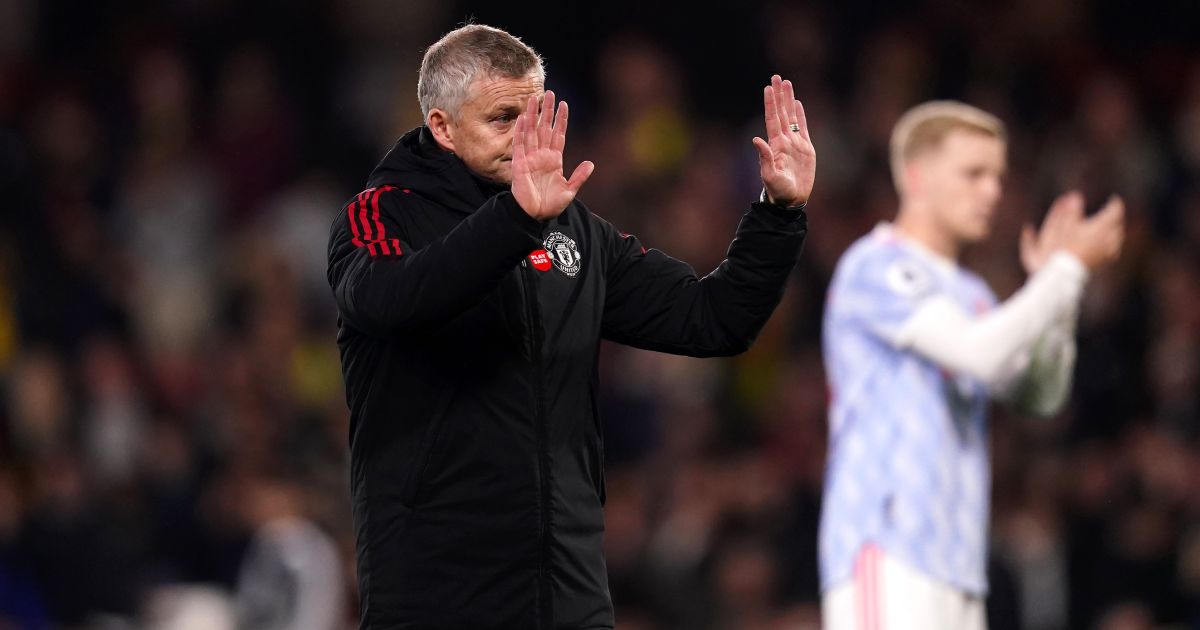 So Ole is no longer at the wheel. It probably should have happened several months ago (at the very least) but United have finally accepted the mounting evidence and decided that Solskjaer’s intimate knowledge of United DNA didn’t make up for inexperience and inadequacy as a coach.

The inside stories have all been published, and here’s where the best of them point to things going terminally wrong at United…

That night in Gdansk
The Europa League final defeat to Villarreal is a recurring theme. Something seems to have broken in Solskjaer that night as the chance to win his first silverware as United boss disappeared after a lengthy penalty shootout.

Crucial was the manner of defeat for United against a palpably inferior yet tactically superior Villarreal side. Solskjaer made no substitutions until extra time was ten minutes old, despite it being clear that Unai Emery was winning the tactical battle.

Adam Crafton, Laurie Whitwell et al in The Athletic refer to a broken man: ‘A source close to Solskjaer described him as looking “utterly distraught, the lowest I’ve ever seen him” after that match. A more severe reading? “He seemed dead inside.”‘

And yet United’s response was to reward Solskjaer with a new three-year contract, of which he had served five months which you could reasonably argue is at least a couple too many.

“Keeping him after Gdansk was foolish,” a source close to the club told The Athletic. “Rewarding him with a three-year deal was insanity.”

In The Telegraph, James Ducker notes: ‘One senior executive at a rival Premier League club expressed astonishment that United had awarded Solskjaer a new three-year contract in the summer, with the option of an additional 12 months, but reflected the wider mood within the game that it was “no bad thing for the rest of us”.’

Sunk cost
Ducker also points to the giddy and hasty folly of the initial decision to hand Solskjaer the job on a permanent basis after an encouraging start as caretaker.

‘Had United waited until the end of that 2018/19 season to make a decision on the manager, it is hard to believe they would have still given Solskjaer the job after such a dismal finish to the campaign culminating in an insipid 1-1 draw at Huddersfield and an excruciating 2-0 defeat at home to Cardiff, another relegated team.

‘But, having prematurely placed their trust in the “stop gap with option value”, as the Norwegian was originally viewed, they kept on doubling down on Solskjaer when more attractive alternatives presented themselves and have now ended up in a situation where they have backed themselves into a corner with a team in freefall and any legacy beyond an expensively, if incoherently, assembled squad hard to determine.’

The United Way
Tied into this sunk-cost on Solskjaer is a belief – seemingly held most starkly by Ed Woodward – in The United Way. Solskjaer apparently knew what that meant, though as Ducker notes wryly, ‘no-one is any wiser after 168 games about what the Ole way is.’

Ducker says United drew up a three-man shortlist early during Solskjaer’s first full season should the manager need to be replaced. Two of those three – Mauricio Pochettino and Thomas Tuchel – subsequently became available. Pochettino was available for 13 months between being sacked by Spurs and appointed by PSG, yet United stuck with Solskjaer.

Even after the 5-0 defeat to Liverpool, with Antonio Conte available and keen, Goal report that ‘Solskjaer’s credit in the bank for what he had done in the past three years and their position in the Champions League, however, bought him more time, and in the end Joel Glazer and Ed Woodward decided not to act.’

Losing the players
According to The Athletic, some senior players regarded the situation at the club as “a circus” by the time of the 4-2 defeat at Leicester last month.

‘In the dressing room following that chaotic defeat, where United got it back to 2-2 on 82 minutes only to promptly concede again before their hosts added a late fourth, Solskjaer asked his players: “What’s the problem?”. Their silence in response told a story.

‘Eventually, Eric Bailly stood up and questioned why fellow centre-back Harry Maguire, with one training session under his belt after missing three weeks with a calf strain, had been picked to play rather than him.

‘Solskjaer is said to have become defensive, insisting that, as manager, he made the decisions. This caused confusion, given his initial request for feedback. When the manager left the room, Fernandes spoke at length, encouraging his team-mates. Eventually, a couple of them suggested any pretence should end and the real issue addressed. A very senior player is said to have quietly replied to that: “We all know what the problem is.”‘

‘Despite talks of a ‘crisis’ following United’s slow start to the season, there was real belief during the October international break that they could turn it around. But following their humbling at the King Power Stadium, players began to question whether the team were on the right path.

‘Senior members of the squad began to question Solskjaer’s tactics while there was confusion as to why club captain Harry Maguire – who was at fault for at least one Leicester goal – had been picked to start, despite not being fully fit having been rushed back from injury.”

Playing the losers
What looks like admirable loyalty when things are going well can appear very different once brown sticky stuff makes contact with the fan.

‘There are people close to Solskjaer who feel that there should have been greater rotation. Alex Telles has been pushing unsuccessfully to rival Luke Shaw for game time while Diogo Dalot is surprised he has not dislodged Aaron Wan-Bissaka, who is the only United outfield player to have played every minute of the Premier League season so far.

‘”Ole has his favourites,” says another source.

‘Seven players started all four of the calamitous defeats to Leicester, Liverpool, City and finally Watford.

‘Solskjaer’s intransigence is seen as faith to those who have performed for him previously but it has also been interpreted as a lighter touch to avoid conflict.’

Goal also point to Solskjaer’s reluctance to have “the difficult conversations”.

‘Players were not given explanations as to why they were being left out of the team, and Solskjaer found it difficult to make hard calls on big decisions.

‘The final call on one player receiving treatment for an injury problem, for example, was left to director of football negotiations, Matt Judge, while there was a lack of communication between Solskjaer and the board over his plans for the summer and who would be free to leave the club on loan.

‘He had not even made a decision on who was going to be his number one goalkeeper when the team reported back for pre-season, with Dean Henderson’s struggles in recovering from Covid-19 eventually deciding it for him.’

According to The Athletic, Dan James was told he was still in the manager’s plans after the return of Cristiano Ronaldo – and started against Wolves two days later. ‘Soon after the final whistle it was made clear by a different club representative that James would now be eighth choice in his position and needed to make the £25million transfer to Elland Road.’

The Big Issue: Has anything really changed?
With huge games against Villarreal, Chelsea and Arsenal around the corner, Manchester United have retained Solskjaer’s coaching team. Michael Carrick is temporary boss with Solskjaer’s other assistants Kieran McKenna and Mike Phelan also retained because the next manager ‘may wish to use some or all of these staff members, so Woodward saw no point dismissing them.’

In The Athletic, Crafton et al. note: ‘Sources close to the players, however, are questioning what has really changed, given Carrick and McKenna were the coaches delivering daily sessions anyway.’

So what happens next?
Initial reports all pointed to United looking for another interim manager to see out the season. With Carrick in temporary charge and Solskjaer an interim manager himself, albeit one who hung around for three years, it would make for a mess.

More recent reports, though, suggest that United might be able to prise Pochettino from PSG now rather than in the summer.

And if Woodward – who is also now considering delaying his Old Trafford departure beyond the end of the year – is still keen on a short-term interim boss then Steve Bruce is up for it.