Home Manchester United Solskjaer left ‘high and dry’; he could still be SUCCESS 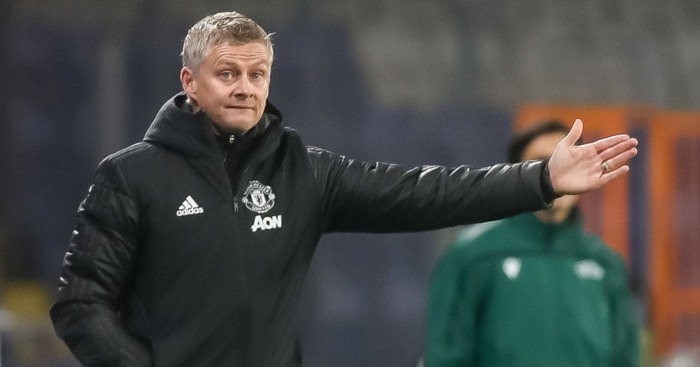 Manchester United lost in Istanbul but Ole Gunnar Solskjaer could still be a success. Just like Sir Alex…

Spare a thought for Guardian writer Jamie Jackson, who has spent months writing his book – The Red Apprentice – about the rise and rise of Ole Gunnar Solskjaer, only to see him embarrassingly lose back-to-back games, take United to 15th place and become favourite for the sack within two weeks of publication.

REMINDER: a genius manager named ALEX Ferguson took four years to win a cup @ManUtd and seven – SEVEN – to win a title. Correct if wrong but he proved kind of SUCCESSFUL🌅🌅🌅🏖🏖🏖🚀🚀🚀 pic.twitter.com/OFXNyYTKiU

TRANSLATION: Please don’t sack Ole because my book will be PULPED. Oh and please ignore that ALEX Ferguson had won THREE titles, a EUROPEAN trophy and five other domestic TROPHIES with Aberdeen so there was at least some suggestion that he might be kind of SUCCESSFUL at Man United.

The first line of Jamie Jackson’s match report in The Guardian?

‘Manchester United resembled a rabble for much of a dire display that poses serious questions about where their season is heading.’

But no serious questions about the manager? Just where their season is ‘heading’? We suspect that the two may be interlinked, which is bad news for a man who has written a book about the dead apprentice.

Hard not to compare situations at Chelsea and United.
Lampard totally backed and rewarded for CL qualification. Solskjaer left high and dry.
Don’t know if either will ultimately prove a success, but at least Chelsea gave Lampard a chance

And that’s without the small consideration of Chelsea’s best player being sold just before Lampard took over.

The latest shocker is certain to pile the pressure on United boss Ole Gunnar Solksjaer, who took a gamble by making six changes,’ writes David Facey in The Sun.
‘He could hardly have been expected to name an unchanged side after that dismal showing against the Gunners, but his line-up here still smacked of over-confidence.’

Pesky fact: The Manchester United team that started the game in Istanbul was signed for fees totalling £355.8m, not including the three prodigious academy products placed throughout their spine.

This was not a team of reserves. It featured eight full internationals and at least six of United’s first-choice XI, including three-quarters of the defence.

There is a lot of shit to throw at Solskjaer after the last two disastrous defeats, but that line-up absolutely did not ‘smack of over-confidence’.

Neil Custis has noticed that Bruno Fernandes is in poor form but the Ole Gunnar Solskjaer apologist would like to remind you of two pertinent facts:

‘Still, before panic breaks out let us remember that it was United’s first away defeat in 19 matches dating back to last January’s defeat to Liverpool.

‘It was also the club’s first away defeat in 19 matches dating back to last January’s defeat to Liverpool.’

Both those facts are true. And also true.

Polden back the years

The Daily Mirror had David McDonnell on Manchester United duty and John Cross covering Chelsea on Wednesday night, so what is the most-read story on their football site?

Jake Polden re-writing a Mail on Sunday piece from May 2019 and pretending this is news in a week when Ole Gunnar Solskjaer is under pressure and Mauricio Pochettino is on Sky Sports, obviously. Silly question really.

From our old friends at the Metro: ‘Robin van Persie gives verdict on Man Utd sacking Solskjaer and hiring Pochettino.’

Oh. That is Not The Same Thing.

‘Considering the Manchester United midfield looked like the strongest part of the squad this summer it might seem strange to say they need to spend again,’ writes Tyrone Marshall in the Manchester Evening News.

It seems particularly strange as his colleague Samuel Luckhurst wrote literally seven days ago that ‘United’s midfield department has not been this imposing since they last hoisted the European Cup in 2008’.

Manchester United have won the title three times since 2008. And everyone has changed their mind about this United midfield since last week.

Elsewhere in the same piece, there are small crumbs of comfort sought in the standard of the players who produced a terrible performance in Istanbul:

‘Bringing players of the quality of Henderson, Van de Beek and Anthony Martial in is certainly an encouraging sign and Edinson Cavani is still yet to start a game for United.

‘The fringe players didn’t always do themselves many favours – it was a night to forget for Axel Tuanzebe – but had Solskjaer made six changes last season United would have been fielding a considerably weaker side than this one and that is a sign of some progress at least.’

Yes indeed. Well done Manchester United. Back in December 2019 they made nine changes to a team that had just beaten Manchester City and recorded their biggest European win in three years with a 4-0 victory over AZ Alkmaar. And that team really does look embarrassing now all this progress has been made.

Sorry but we cannot leave that piece without taking a look at the headline:

‘Manchester United have a problem they cannot control’

It’s a problem, alright. And what can Manchester United possibly do about an excellent out-of-work manager being very obviously out of work? No wonder they keep losing games.