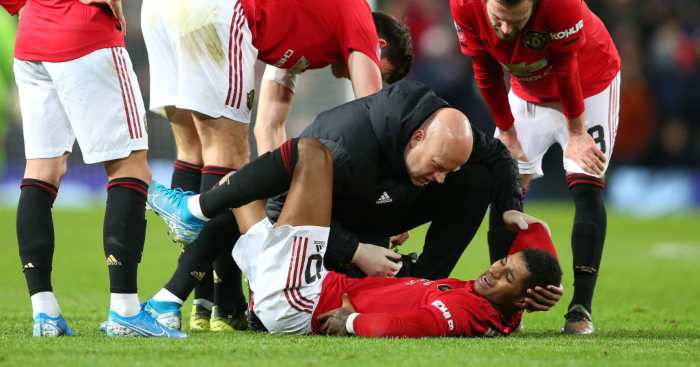 Manchester United manager Ole Gunnar Solskjaer expects striker Marcus Rashford to be out for a few weeks with a back injury.

The 22-year-old England forward sustained his latest issue after being introduced as a second-half substitute in Wednesday’s 1-0 FA Cup third-round replay win over Wolves.

Speaking before Sunday’s Premier League game at Liverpool, Solskjaer told Sky Sports: “He got a couple of knocks again and jolts when he came on against Wolverhampton, and he’s aggravated his back. He’s had some trouble before.

“Of course we’re going to give him time to recover and rest before we put him back on the pitch. He’s always recovered quickly before, so let’s hope he does that again.”

Asked whether Rashford could be out for a few weeks, the Norwegian replied: “Yeah. I wouldn’t expect him to be back in the next few weeks.”