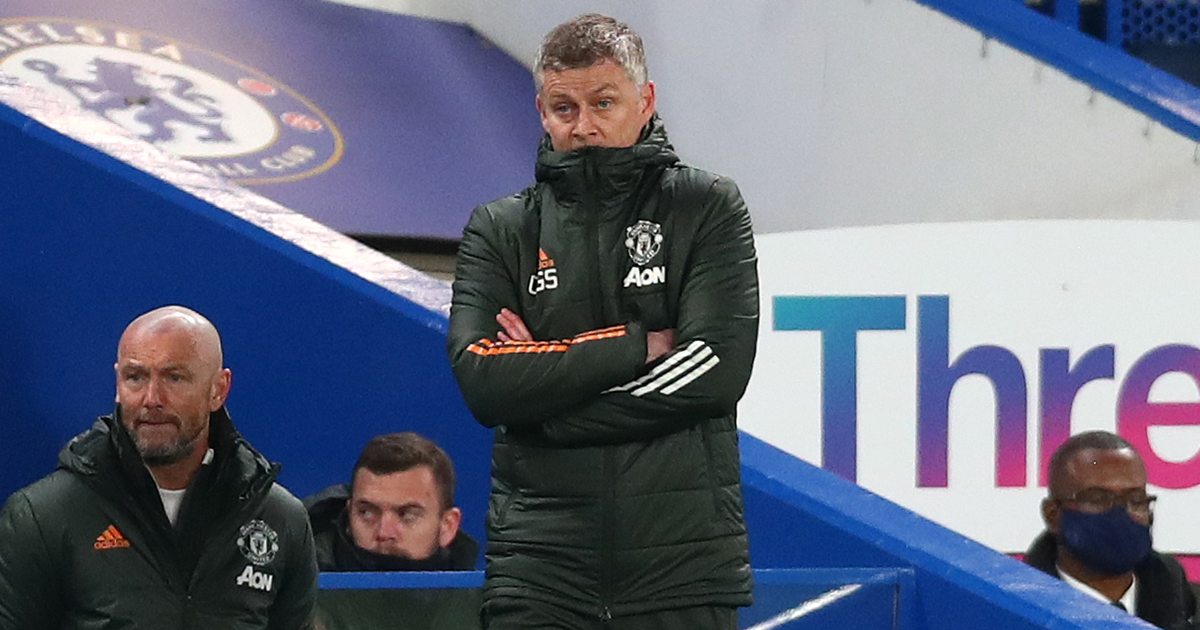 Ole Gunnar Solskjaer has insisted that Manchester United were denied a “nailed on” penalty against Chelsea.

The penalty incident came in the first half as Mason Greenwood battled for the ball with Callum Hudson-Odoi in the penalty area.

After he reviewed the incident, Stuart Attwell decided against pointing to the penalty spot.

The opportunities were few and far between in this game, but Man United did have a few chances to win it.

The best of them came in quick succession in the second half. Greenwood fired it just wide of the target despite striking it well in the 59th-minute.

A few moments later, another opening came as Luke Shaw crossed in from the left flank. It went all the way to Aaron Wan-Bissake on the other side and he kept the move alive. He played in Scott McTominay, whose shot from outside the area was saved by Edouard Mendy.

A counter-attack led by McTominay came to nothing before Fred’s effort in stoppage time was punched away by Mendy. With this draw, Man United are now a point above Leicester City. But they are 12 points adrift of Man City at the top.

Speaking post-match with BBC MOTD, Solskjaer admitted that Man United’s lack of “quality” in possession let them down:

“It was a penalty, 100% nailed on. If that’s a natural position for a hand to be in when the ball comes in then I must be blind.

“We wanted to win. Apart from the last quality or pass being not good enough… we had great pressing, desire, work-rate… There was a great save by David de Gea and we got the clean sheet.

“That’s what let us down, that quality on the ball. The first half was scrappy. Poor game really. But then we played some good stuff at times. When we settled we created a few chances but we didn’t have enough.

“It was a good block by Luke Shaw. That’s what you do when there is a goal to be saved, you put your body on the line. I thought we were excellent defensively.”