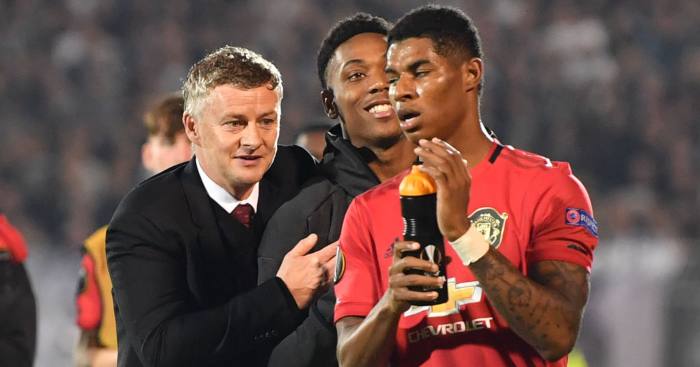 Ole Gunnar Solskjaer was not happy how his Manchester United side defended from the front in their victory over Partizan Belgrade on Thursday night.

The Norwegian kicked off his reign with a club record nine successive away wins, only to endure an 11-match wait for another, stretching back to March’s stunning Champions League triumph at Paris St Germain.

Anthony Martial’s first-half spot-kick helped United finally end that run with a 1-0 Europa League win on Thursday night in Serbia, where Partizan, backed by a raucous home support, kept pressing to the death.

“They played well in the second half and made us defend too deep.

“I’m not happy with the defending at the front. I think that’s been one of our strengths this season but I thought that was non-existent in the second half.

“That needs sorting out because we don’t want to be a team who is just defending in the box.”