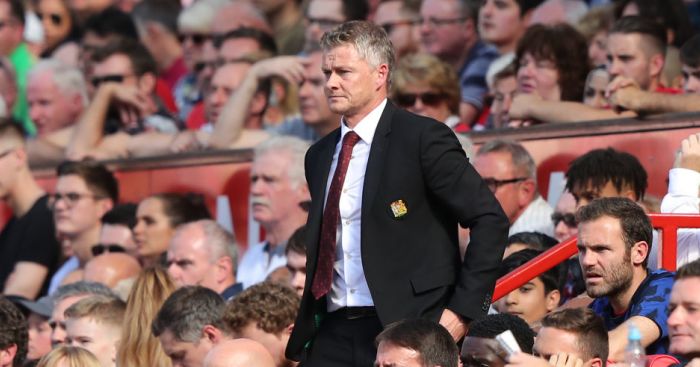 Ole Gunnar Solskjaer thinks a mixture of poor defending and lack of shots on target “cost” Manchester United “dearly” in their 2-1 loss to Crystal Palace on Saturday.

Jordan Ayew had earlier fired Palace ahead, but Wales winger Daniel James looked to have rescued a point for United two minutes from time with his second goal for the club.

United were below-par throughout and missed a penalty for the second successive match 20 minutes from time.

Solskjaer told BBC Sport: “They scored 2 and we scored only one. We just were not clinical enough in front of goal and they scored two very easy goals. I thought we got our act together second half, we just couldn’t hit the target. We have dominated the game but we have not controlled it.

On conceding, Solskjaer added: “We should have dealt with the last five minutes better. We defended poorly at times today and it cost us. Sometimes you do not find that end product and that happened today. We did not test their keeper enough. It cost us dearly today.”

Following Paul Pogba’s miss at Wolves on Monday, Marcus Rashford took over the spot-kick duties after Scott McTominay was tripped in the box by Luka Milivojevic but the England striker’s effort bounced off the post to safety.

On the penalty miss, Solskjaer continued: “Two games, two missed penalties. It’s part and parcel of it. Sometimes it happens. I have missed a few myself. If we score them it’s a different story.

If we keep putting ourselves in those positions we will get more penalties and we will score. It is just one of those things. We trust them to score again.”