Solskjaer explains the improvements United need to make if the diamond midfield is to become the norm. 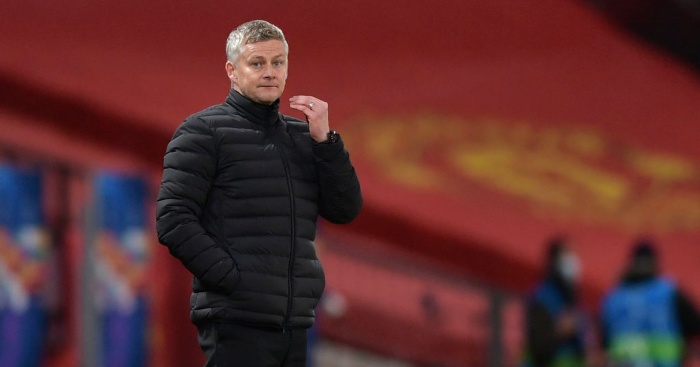 Ole Gunnar Solskjaer admits Manchester United “need goals and assists” from their full-backs, particularly if they are to continue with the formation used to good effect in the 5-0 win over RB Leipzig.

The United boss went with a diamond in midfield at Old Trafford on Wednesday, with Aaron Wan-Bissaka and Luke Shaw operating in the full-back positions.

It was another tactical masterstoke by Solskjaer as United ran riot in the last 20 minutes, but the Norwegian says more is required from the wide areas if the formation is to prove successful long-term.

Wan-Bissaka has one goal this season, Shaw has none, and neither has an assist to their name. This is something that Solskjaer recognises needs to change.

In his press conference ahead of the Arsenal game on Sunday, he said: “Well, it’s different demands in different systems, we’re still the same, call it the same principles of a Man United full-back – you need to be good at defending and good going forward.

“We need assists and goals from them [Wan-Bissaka and Shaw], both of them have played and developed and we don’t really have wide wingers like Giggsy and David Beckham, and are more dependent on full-backs coming on and giving us width.”

Paul Pogba played on the left of the diamond midweek and Solskjaer believes the midfielder is more than capable in that role with his ability to “do everything” in midfield.

Soslkjaer added: “Paul can do everything on a football pitch more or less, he can play long passes, get in the box, arrive in the box, play combinations outside the box, but he played really well.

“He did impact the game [vs Leipzig], we love to see him driving forward and affecting the game, what has been the case with Paul after being injured and ill for so long, it is about getting fitness, getting the sharpness back, and the fitter he is the more he can do.”