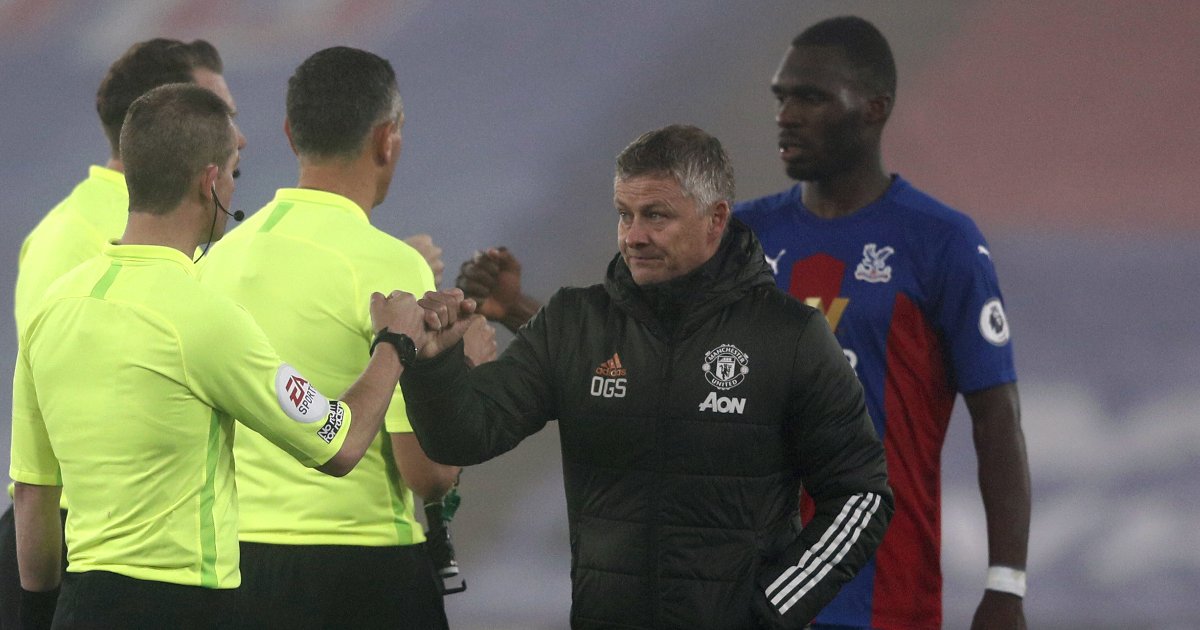 Gary Neville slammed United for their “boring” display and offered up their forward players as sacrifices to explain Bruno Fernandes’ “sloppy” performance.

Solskjaer opted for a 4-2-3-1 system against the Eagles, with Fred and Nemanja Matic forming a double pivot in front of the defence.

MAILBOX: Solskjaer too quick on the draw for Man Utd…

And Hargreaves believes United need more of a ball-playing midfielder to turn draws into victories.

“It’s their third 0-0 in a row they had one in the Europa League and they had one against Chelsea,” Hargreaves told Premier League Productions.

“I can understand in the bigger teams when they’re playing against the better team they get a bit cautious, they try and play on the counter and defend well.

“Today you knew the way Crystal Palace and Roy Hodgson would set-up so surely they had to (do something else). You think back to the goal with Vardy and Iheanacho where they link up when Vardy went inside and made that space for other players.

“There was no running in behind or making space for other people. They were quite static, Palace were quite comfortable, everything was in front of them.

“Sometimes you need somebody to make a run for somebody else, that didn’t happen. They tried to get Bruno on the ball but he was too crowded out.

“I don’t think it was a game where you needed two defensive midfielders, Matic and Fred, who gave the ball away a lot as well so maybe find a way to get another attacker on when you dominate the ball. Ole will say one shot on target against a team that defensive, they definitely need more.”