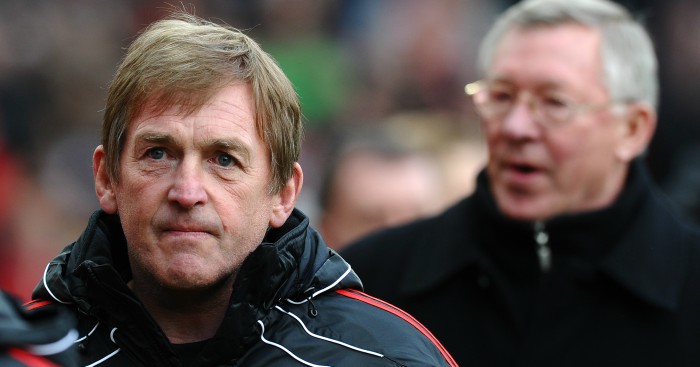 Roberto di Matteo
Those at Old Trafford who continue to doubt Mauricio Pochettino’s managerial credentials due to his lack of trophies would obviously be delighted to see Manchester United appoint Roberto di Matteo in the summer. After all, how could they possibly reject a Champions League and FA Cup-winning coach?

Chelsea were fifth in the Premier League, three points behind the top four – and were still in two of the other three competitions open to them – when Andre Villas-Boas was sacked at the start of March in 2012. In relative terms, this was not even close to a crisis. But at a club that had not finished outside the top three during Roman Abramovich’s ownership, panic buttons were pressed far more readily.

Villas-Boas’s assistant was subsequently thrust into the limelight. Di Matteo won his first four games in charge, including a famous 4-1 victory over Napoli in extra time of their Champions League last 16 second leg, and a crushing 5-2 win over Leicester in the FA Cup quarter-final. He would go on to beat Tottenham 5-1 in the semi-final and Liverpool 2-1 in the final to lift one trophy, but that was only the half of it.

After the thrill of the Napoli tie, Chelsea strode past Benfica comfortably in the quarter-finals. Against all odds, Barcelona were beaten in a Gary Neville orgasm-inducing semi-final, before Bayern Munich found the Di Matteo tidal wave irresistible in the final. From caretaker to history-maker, Di Matteo had finally delivered Abramovich’s holy grail, 18 months after being sacked by West Brom.

Chelsea handed a full-time contract to the Italian in the summer, unable to part with a man who had finally guided them to Europe’s summit. He was sacked within the first three months of the season, but has still won more Champions Leagues than that fraud Jurgen Klopp.

Tony Barton
Di Matteo was only following in the footsteps of Tony Barton. Appointed caretaker manager of the flailing but reigning First Division champions in February 1982, Aston Villa’s former chief scout made enough of an instant impact to be given the permanent job within a couple of months.

Barton oversaw no miraculous improvement in league form, taking Villa from a relegation-threatened 17th to a safely mid-table 11th. But again, it was in Europe where he conjured magic from nothing. By the time Dynamo Kiev were beaten in the European Cup quarter-finals, Barton’s future in the hotseat was still far from certain.

Two weeks after that success, Barton was given a three-year contract. But the honeymoon had only just begun: Tony Morley laid waste to Anderlecht in the semi-finals, before Peter Withe helped slay Bayern Munich in Rotterdam. Having begun the season with no prior first-team coaching experience, he ended it inflicting Bayern’s first ever defeat in a European Cup final.

Villa simply couldn’t keep that remarkable pace. They finished sixth the following season, reaching the quarter-finals in defence of their European crown. After coming tenth in 1983/84, Barton was sacked and soon fell by football’s wayside, with Villa themselves suffering an ignominious relegation three years later.

Glenn Roeder
Newcastle were floundering in February 2006. With just six points separating them from the bottom three, the Magpies were compelled to act; Graeme Souness was sacked, the Scot blaming a 12-year-old Paul Pogba for his demise.

His replacement was the unassuming, wholly unqualified Glenn Roeder, promoted into a role as Batman to Alan Shearer’s Robin with a remit to make St James’ Park great again.

A five-game unbeaten run was ended with three consecutive defeats in March, as the club continued to struggle for consistency. But six wins in their last seven games lifted them into seventh, and meant that Roeder won ten of his 15 league matches in charge, compared to Souness’ seven wins in 23. Yes, he was given the permanent job. Yes, he barely lasted a full season. There’s a theme here.

Guus Hiddink
Maurizio Sarri would do well to remember that Chelsea have a history of successful caretaker managers. One season after Di Matteo guided them to Champions League glory, Rafael Benitez completed the set by winning the Europa League. They combined to provide the filling in a Guus Hiddink sandwich.

Chelsea were mired in fourth-placed crisis when they pulled the trigger on Luiz Felipe Scolari in February 2009; they would go on to finish third, win the FA Cup and lose a f***ing disgraceful Champions League semi-final against Barcelona under Guus Hiddink. They found themselves in actual dire straits when he returned for a second stint in December 2015, but the Dutchman took them from one point outside the relegation zone to mid-table comfort.

Hiddink has been Chelsea manager for 49 games in all competitions, winning 26 and losing just seven. He still holds the record for longest unbeaten start to a Premier League tenure with 12 games in 2015/16, a run Sarri himself matched this season.

Kenny Dalglish
‘Such is Liverpool’s transformation under Dalglish, a reinvigorated team now sixth, it can only be a matter of time before he is confirmed as long-term manager,’ wrote Henry Winter after a 1-0 win for Liverpool over Chelsea in February 2011. ‘Martin Kelly’s vibrancy, defending hungrily and attacking with pace and persistence, rivals Meireles in embodying the new model Liverpool under Dalglish.’

It was a weird time. As Roy Hodgson was busy picking fights with Frank Rijkaard, signing Milan Jokanovic, losing to Northampton Town and admitting Liverpool were “in a relegation battle” as early as October, the spectre of Kenny Dalglish loomed. The Scot returned to Anfield in summer 2009 in a role at the club’s academy, but would soon find himself steering a sinking senior ship.

Liverpool were 12th when Hodgson was sacked and replaced with Dalglish in January 2011 – the club legend’s first managerial role in 13 years. They lost their first two games but an eight-match unbeaten run restored some pride on Merseyside. A 3-1 win over Manchester United, assisted by the worst hat-trick in Premier League history, saw the Reds finish strongly in sixth.

Dalglish was rewarded with a three-year contract in May 2011, but his permanent reign is less fondly remembered. He remains the last Liverpool manager to win a trophy, but was sacked after just one full season that included two cup finals, an eighth-placed finish and a misguided, regrettable defence of actual racism from one of his players.