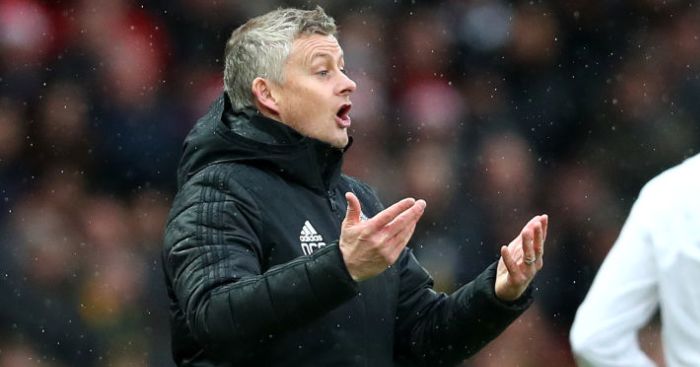 Ole Gunnar Solskjaer says it will be hard for him to leave Mason Greenwood out of his lineups after the teenager scored an equaliser against Everton.

Manchester United had to settle for a draw in the 4,000th consecutive game in which they have named an academy product in the squad, and it was one of their own that earned them the point.

United had to be rescued after falling behind via a Victor Lindelof own goal – with Solskjaer believing it should have been chalked off for a foul.

However, the Norwegian admitted that there were other factors in his side not winning, such as a lack of creativity.

“We’re disappointed we didn’t get three points,” he told Sky Sports. “We didn’t have the ideas to win it towards the end. We kept them on the back foot and if any team was going to win it, it was us.

“We came back after the disappointment at half time. You shouldn’t concede goals like this at set plays. But it’s a foul.

“There’s no point me complaining but his arms are over David’s shoulders as he was going to punch it.”

In the end, United got back on level terms courtesy of Greenwood’s first Premier League goal at Old Trafford.

With that being his seventh goal in all competitions this year, the teenager is someone who Solskjaer has been very impressed with thus far.

“Mason Greenwood is different class in and around the box. You’re not surprised when he scores goals.

“It’s fitting that it should be an academy player that scores in the 4,000th match and it makes it hard for me to leave him out.

“We’ve always had the DNA, with added players from other top clubs, and that will always be the philosophy here.

“We’re disappointed today but we have a quarter-final in the Carabao Cup to come on Wednesday and I have a big strong squad to choose from.”