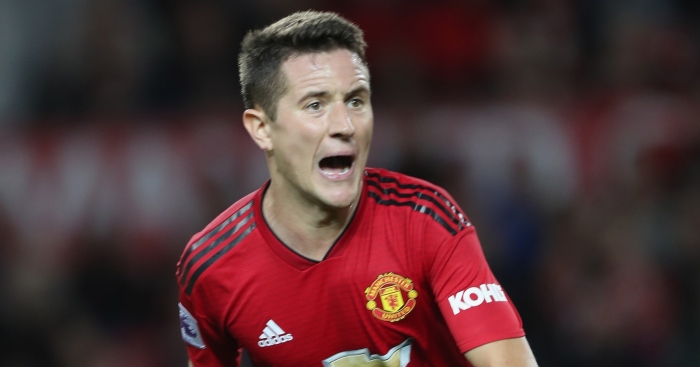 Ole Gunnar Solskjaer has suggested doubts over Ander Herrera’s future could be part of the reason the Manchester United midfielder is currently sidelined.

Herrera has missed six of the last seven games, most recently because of a muscle injury sustained in training.

The Spaniard’s absence has coincided with increased speculation that his time at Old Trafford could be coming to an end, with his contract up at the end of the season.

Reports have suggested Herrera is leaning towards an offer from PSG while United refuse to meet his demands to stay at the club he has been with since 2014.

Solskjaer offered no update on talks between Herrera and the club when he spoke to the press ahead of Saturday’s clash with West Ham, but the manager admits the midfielder’s injury has come at an inconvenient time.

“He’s been working really hard to get fit from his injury that he sustained against Liverpool in February,” Solskjaer said. “Then he came back and got a different one here in training.

“He’s been really putting a lot of work in and unfortunately that’s come at a time when, as you say, there are contract talks but that’s ongoing.

“I can’t really comment too much on how far they have come down the line and what he’s deciding. You have to ask him. I don’t know how they’ve been the last few talks.

“But we’ve let him focus on his fitness as well. He loves to play so he’s not very happy when he can’t help his team-mates and he’s always giving his all, it doesn’t matter if he’s got five years left on his contract or five weeks.

“You know, maybe the future might have been worrying him and maybe that’s part of the reason that he’s injured, who knows?

“He doesn’t know because he got a different injury in training. Hopefully he can be available for Chelsea or City but I’m not sure. He’s got another muscle injury.”