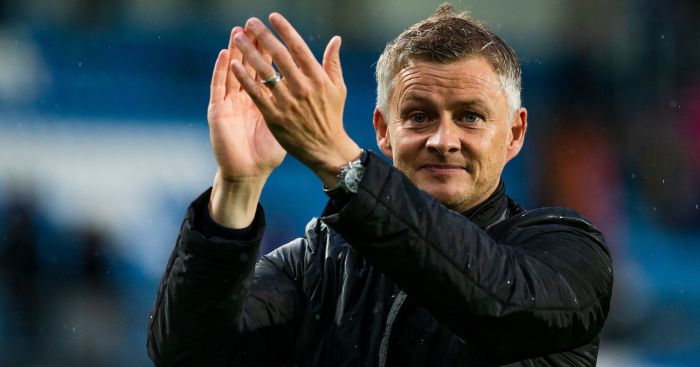 Ole Gunnar Solskjaer “would love to be” permanent manager of Manchester United.

Solskjaer was appointed Jose Mourinho’s replacement on an interim basis earlier this week, and will see the club through to the end of the season.

It is pretty much a free hit for the Norwegian, who admits this is something of an audition for a more long-term role.

Solskjaer is still manager of Molde in his native country, and will miss the start of their league season in March as he helps out at Old Trafford.

But he admits he is “one of” numerous managers would “would love” to manage United in the future.

“When you get a job like this and they ask you to sign for six months you say ‘yeah, I’m happy to help out’, and my job is to do as well as I can,” he said in his first press conference.

“They understand there are so many managers who would love to be manager of Manchester United. I’m one of them but it’s not something we’ve talked about, they’ll do a process for the next six months.

“It’s until the summer now, five or six months to just help out in the meantime while the club does the process to get the next manager.”