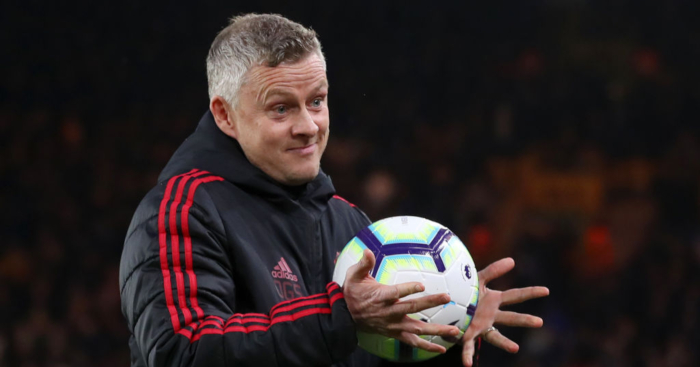 United failed to have a single shot on target as Barcelona eased to a 1-0 victory in the first leg of their Champions League quarter-final.

Ashley Young summed up United’s decline as a club on an evening that highlighted the stark difference in quality between the two sides.

Yet Solskjaer believes United, who had never failed to have a single shot on target at home in the Champions League before then, and for whom Scott McTominay was their best player, had Barcelona on the ropes “at times”.

Asked whether he will draw on his past experiences in the Nou Camp in the 1999 final for the second leg, Solskjaer rejected the idea.

“No, I won’t because it was against Bayern Munich, it was a final, it was different,” he said. The penny has finally dropped.

“We will use PSG [match], we will use Juventus away. We have beaten some good teams away from home this year, and played against some great players.

“We know that if we are at our best and if we make Barcelona… because we had them flustered at times here as well.

“Yes, they controlled the game towards the end, they had the possession but they never really bothered us in our own half.

“You look at the quality of those players and that gives us a threat, we carry a goal threat.

“Of course what we did against PSG as a team must give everyone a huge confidence boost because that experience was probably the best they have had for many years, those players.

“They are probably dreaming about another one of them again at the Camp Nou.

“It doesn’t really give me too many headaches. I rested a few here to be ready for Tuesday, but we have a decent plan, I hope. I hope it’s decent. It’s a plan anyway”