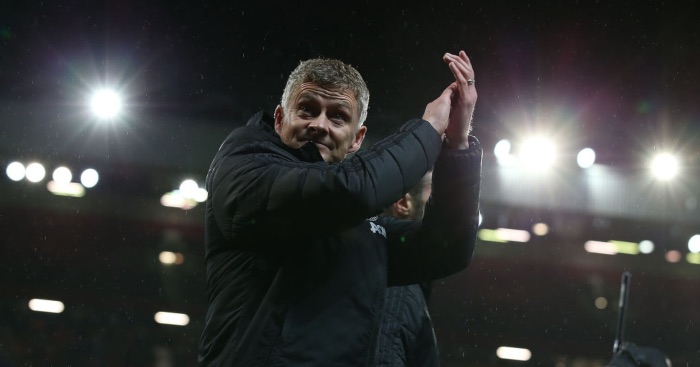 Manchester United manager Ole Gunnar Solskjaer was delighted to see his side push for more goals as they qualified for the knockout stages of the Europa League.

Goals from Mason Greenwood, Anthony Martial and Marcus Rashford secured a comfortable 3-0 victory over Partizan, in a game they dominated and perhaps should have scored more.

Solskjaer had expressed his desire to see his side produce a goal-getting display before the game and was pleased by the response.

He told BT Sport: “We needed a win but we needed a performance in which the boys wanted to go forward and score more than one goal.

“We could have had loads more but it was pleasing and it was important to get the points.

“You expect to win at home against teams like this. No disrespect to Partizan, because they gave us a really good game over there, but at home you expect to win.

“We should have buried it in the first 10 minutes but going in 2-0 at half time makes you confident.”

The United boss was also asked about the injury that saw Scott McTominay hobble off in the second half.

He added:”He said he will be OK but I don’t know, hopefully he is fit for Sunday [against Brighton].

“We want to win the group but traveling away to Astana is not one to look forward to with Aston Villa, Spurs and Man City the week after, so maybe we will rest a few players for that game.

“It is always good for players to score goals and get confidence and we know how important Sunday is for us, because we want to look up to the top four places.”