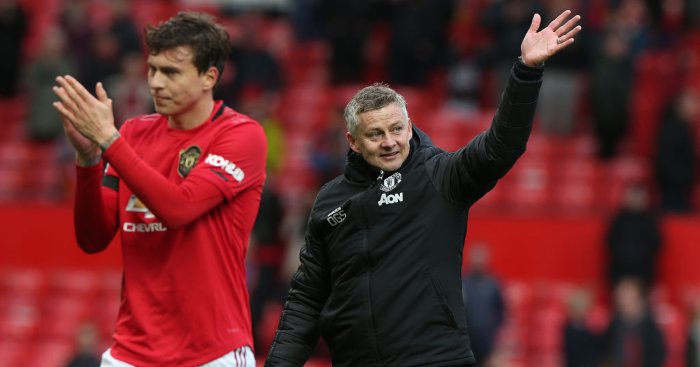 Ole Gunnar Solskjaer was full of praise for Bruno Fernandes and Mason Greenwood as they contributed to a 3-0 victory over Watford on Sunday.

Having fallen to their most chastening loss of the season at Vicarage Road two months ago, Solskjaer‘s men exacted revenge in style as they followed up Monday’s Premier League victory at Chelsea.

Fernandes’ nonchalant penalty gave the hosts a half-time lead that Anthony Martial and Greenwood superbly added to in a victory that moves Man Utd up to fifth, just three points behind Frank Lampard’s side in fourth.

“I thought first half we started by gifting them some good opportunities and gradually we created more and more chances.

“Bruno Fernandes is quicker than he looks. Very excited by having him in. He has come in, given everyone a boost and wants to conduct a game. There are big games coming up now.

“The thing that matters in football is scoring goals and that is what Mason Greenwood does.”