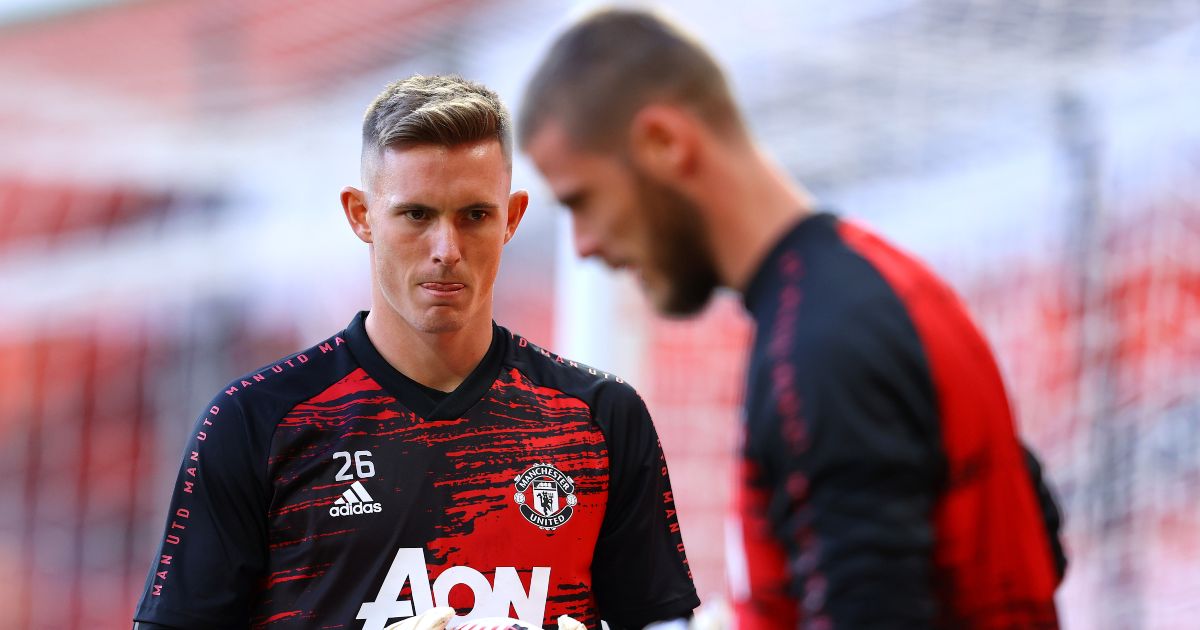 Ole Gunnar Solskjaer will continue to chop and change goalkeepers for the rest of the season as David De Gea and Dean Henderson battle to be Man Utd number one.

One of the biggest questions heading into Sunday’s Old Trafford encounter revolves around who will start between the sticks.

Henderson has been mainly used as cup goalkeeper since returning to the club in the summer but started the last six matches after De Gea returned to Spain for the birth of his first child.

The long-serving number one last played on February 28 and Solskjaer refused to confirm his starter against Brighton.

“You know, I have the great option of two top goalkeepers and it’s a pleasure to have them here,” he said.

“We’ve got hopefully got nine plus five games to go – we want to go all the way in the Europa League as well.

“I’m sure you’ll see both of them playing in goal for us.”

Asked if he has a decision to make this summer with both Man Utd goalkeepers seeing themselves as worthy first-choices, Solskjaer said: “Well, I understand the question and the narrative in the media.

“There’s always where there’s tension or where there can be potential tension or controversy, that’s where everyone wants to hear a comment from me.

“What I can say is what I’ve said so many times, I’ve got great options playing the two of them.

“Top keepers but of course both of them want to play as much as possible and that will be decided on merit.

“That will be who do we think going to give us a win on any given day.”

While Solskjaer has a welcome goalkeeper headache on Sunday, his options at the other end of the field could be restricted.

Anthony Martial may be out for Man Utd against the Seagulls with a reported knee issue picked up on France duty, while Marcus Rashford and Mason Greenwood pulled out of the England senior and Under-21 squads respectively.

“I don’t know about Anthony, he didn’t join in the training this morning,” Solskjaer said.

“But Marcus and Mason, they trained for the first time this morning and hopefully they can get through that today with no reaction for tomorrow.

“If they complete the session tomorrow, then they might be available for selection.”

Victor Lindelof also missed training on Friday with an ongoing back issue that needs assessing before facing Brighton, when Paul Pogba is in line to make his first league appearance in two months.

The 28-year-old played in United’s two cups games before the international break, where he followed a substitute appearance with two starts for France.

“It’ll be a massive boost,” Solskjaer said of a fully-fit Pogba’s potential impact on the rest of the season. “He’s come back bright and he’s ready to go.

“To have players of his quality out for longer periods, that just shows the quality of the others as well, that we’ve done so well.

“But of course towards the end of the season now, having Paul back fit, getting our forwards hopefully firing again, hopefully we can get that spark and score more goals again.”