Home All The News Solskjaer: Pogba is hitting his stride for Man United 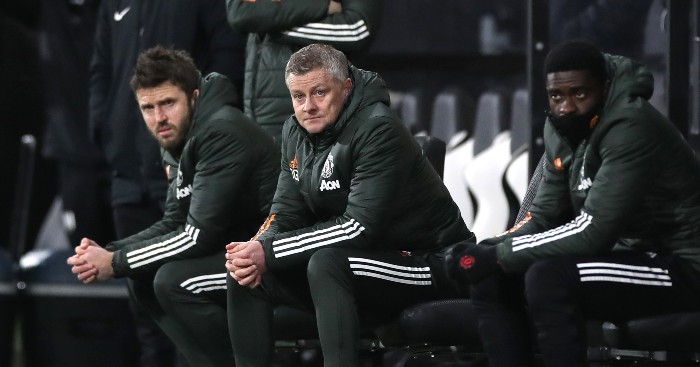 Fulham made the perfect start against Man United. Andre-Frank Anguissa freed Ademola Lookman with a pinpoint through ball. Lookman took his time before firing it into the bottom corner to put his side ahead.

Solskjaer’s side responded well to going behind, though. Bruno Fernandes struck the post from the edge of the area in the 20th minute.

Five players we want to see back in the Premier League…

Fernandes fired another effort at Alpononse Areola moments later. The initial shot was saved but Edinson Cavani was quick to it and he tapped home from close range to make it 1-1.

The Red Devils finished the half strongly as Fernandes forced Areola into another great save as the ‘keeper prevented his effort from finding the top corner.

United continued to put Fulham under pressure in the second half. Paul Pogba scored the all-important second goal in spectacular fashion.

The Frenchman struck it purely with his weaker left foot from the edge of the area. The ball flew into the far corner to complete Man United’s comeback.

The visitors had to ride out some late pressure but they hung on for all three points. This result sends them back to the top of the league. United are two points ahead of Man City and Leicester City.

Speaking with BT Sport post-match, as cited by BBC Sport, Solsjkaer said his side showed a “good reaction” to falling behind:

“I think we started slow but after their goal, I felt we played well. We needed to wake up and after that, we played really well.

“We don’t do offsides really, we should follow the run. But we had not woken up but good reaction.

“Fantastic goal by Paul and we had some other chances to finish the game but of course when it is just one goal and the players they put on it is going to be like heart in your mouth.

“[Pogba] has really come on. He is fit, he can play in midfield and he can play wide. That is key with Paul, getting him match fit and running fit and he is at the moment. He played very well.”

“[Winning the title] is always going to be talked about that when you are halfway through and top of the league but we are not thinking about this, we just have to go one game at a time. It is such an unpredictable season.”