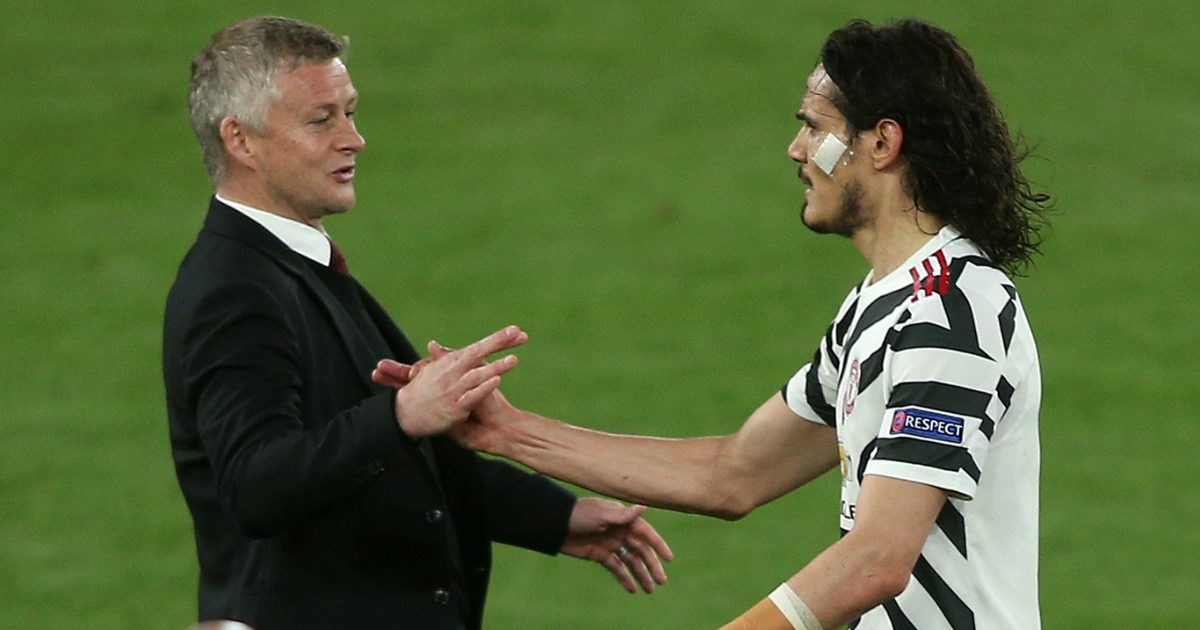 Ole Gunnar Solskjaer suggested that Man United could have lost “8-6” to Roma after their “strange” Europa League semi-final second leg.

Given the deficit they had to fight back from, Roma had to come out and give it a go and they did just that. David De Gea was forced into a couple of great saves before Edinson Cavani gave Man United the lead on the night.

Fred played in the forward who fired it past Antonio Mirante from around 20-yards out.

Roma netted twice inside three minutes in the second half to go 2-1 up. Edin Dzeko headed in from close range to make it 1-1 in the 57th minute. Bryan Cristante got another back as he found the bottom corner past De Gea from the edge of the area.

Later in the second half, Cavani scored his second goal of the game to make it 2-2. Roma’s lead on the night was restored through Nicola Zalewski.

That was how it finished as the Red Devils win 8-5 on aggregate to book their place in the Europa League final. They will face Unai Emery’s Villarreal.

As cited by BBC Sport, Solskjaer said it “feels good” to be in the Europa League final but he was “disappointed” that his side lost their second-leg against Roma:

“It feels good to be in the final. We played one very, very good half at Old Trafford which has taken us through. I’m disappointed we lost – especially the way we played in the second half.

“It could easily have been 8-6 to them. It was a strange game. We kept giving them the ball but luckily we have one of the best keepers in the world. We are in the final and are looking forward to 26 May.”

On United’s hectic upcoming schedule: “It’s unheard of. It’s made by people who have never played football at this level. It’s physically impossible for the players. We have not been dealt a good hand. We are going to need everyone for these four games. It’s a short turnaround but we have to be ready.”