Solskjaer insists it's "a privilege" to manage this United squad. 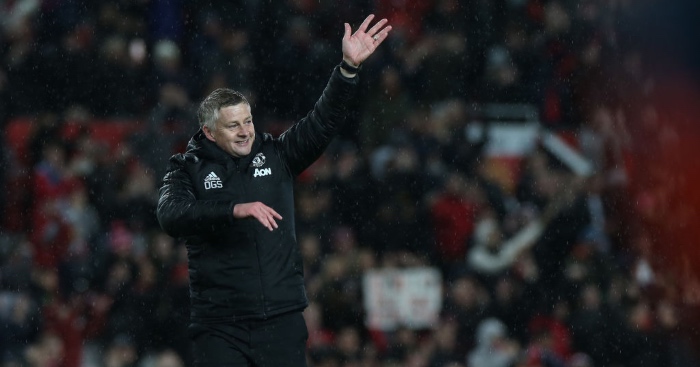 Ole Gunnar Solskjaer insisted it is a “privilege to be a manager” of Manchester United after his side did the Premier League double over Manchester City with a 2-0 win at Old Trafford.

Anthony Martial fired Solskjaer’s side ahead after he squeezed the ball under Ederson – who should have done better – after a clever free-kick from Bruno Fernandes.

Despite City having the lion’s share of possession and putting pressure on the United goal they didn’t create too many clear-cut chances.

Scott McTominay rounded off the victory with a stunning 35-yard finish after Ederson was punished for his second error of the game.

Solskjaer was understandably proud of his side’s performance and hailed the connection Anthony Martial and Bruno Fernandes have made.

He told Sky Sports: “The desire, attitude, commitment, connection between fans and players pleased me most.

“At times we pressed them, pushed them back, we tried to be aggressive.

“We made them make mistakes and we are happy with the result.

“Anthony [Martial] and Bruno [Fernandes] have hit if off. It is a privilege to be a manager of a squad with this attitude. You can’t ask for more. They are going to improve as players as well.

“Those little things will come but it is a privilege and they want to listen to advice. For our players to beat a team like Manchester City is fantastic, I am delighted for them.”