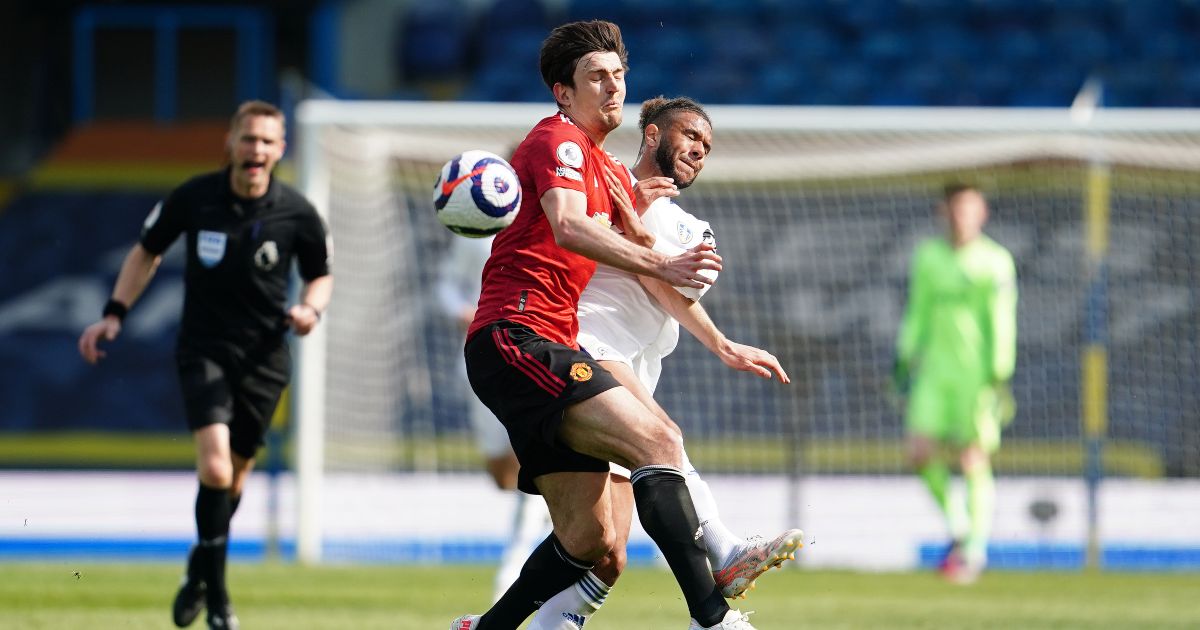 The Red Devils were held to a 0-0 draw against Leeds United at Elland Road on Sunday in an intense match with few chances.

Maguire was heard yelling the profanity at Fred midway through the second half after the Brazilian seemed to criticise a run the Man Utd captain had made.

But Solskjaer had no problem with incident with Maguire recently telling Aaron Wan-Bissaka to “f**king tidy up” while Marcus Rashford was heard calling Maguire a “f**king k***head”.

When asked about the argument between Fred and Maguire, Solskjaer said: “We have a group that demands a lot of each other. The standards are high, in training and in the game. It’s not just about being a nice guy and cajoling each other.

“We demand maximum effort and I was really proud of the second half. I am really happy with the boys’ focus. They have such a determination to finish the season strong.”

On the draw against Leeds, Solskjaer said: “Today we just didn’t have the moment, take (our chances) when we had them.

“A draw is disappointing because we wanted to put pressure on (Manchester) City, but we couldn’t score.”

Solskjaer’s side, 10 points behind City with five games to play, extended their unbeaten Premier League away run to 24 matches and are now undefeated in their last 13.

Solskjaer added: “I’ve not seen many teams in the second half dominate as much as we did against Leeds, because they are so fit and strong.

“The intensity of their game has been so good, they steamroll teams, but I felt we almost did that to them second half.

“I really liked what I saw out there, we dominated and played in their half.

Solskjaer said none of his players or staff had seen the banner flown above Elland Road before kick-off, which read: “£2bn stolen #Glazersout”.

The fall-out from the attempted European Super League coup would not be a distraction for his side between now and the end of the season, he said.

“I’m really happy with the boys’ focus,” he added. “They have such a determination to finish the season strong.

“So we’re very focused to do well against Roma (in the Europa League) and then we’ve got Liverpool in between, so I’m not worried about that at all.”