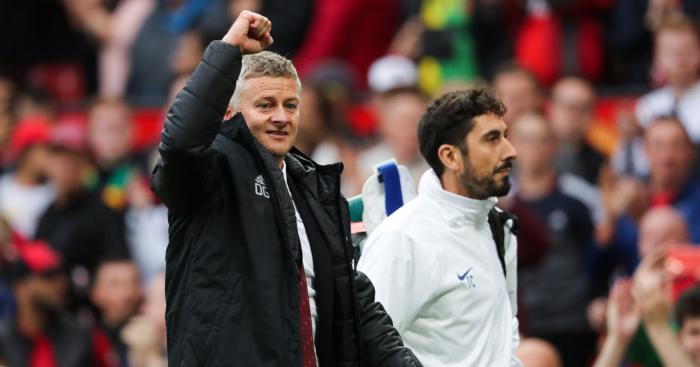 Frank Lampard’s side were on top for large patches but ended up being blown away at Old Trafford, where Rashford’s double complemented goals from Anthony Martial and debutant Daniel James as United‘s curtain-raiser ended in a dream 4-0 victory.

Solskjaer will be first to admit the display wasn’t perfect, but this win was just the tonic after a summer of discontent.

“The second half was outstanding, defended well in shape and counter attacked well,” Solskjaer told BBC Sport. “We can count ourselves a little bit lucky to go in 1-0 up, but then half-time came, we settled down and played well second half.

“The fitter you are, the more you can do. It’s as simple as that. The boys have been working hard but this is still the start, we can still get some hard work in.”

On Maguire‘s debut, Solskjaer added: “He’s done exactly what we’ve signed him for, his presence in both boxes, his calmness and composure on the ball.

“He’s a leader and with him, David de Gea and Victor Lindelof they marshalled that back line really well. It is important to have strong personalities at the back.”