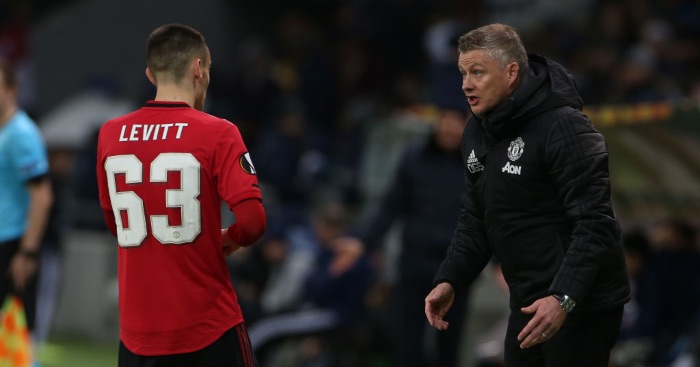 Manchester United boss Ole Gunnar Solskjaer insists Jesse Lingard “did himself proud” as the captain ended his goalscoring drought as a young Red Devils side lost 2-1 away to Astana.

Lingard opened the scoring to break a 10 month run without a goal, but two second half goals and a host of missed chances meant a United team with an average age of just 20 lost the Europa League clash in Kazakhstan.

Solskjaer was quick to praise his youngsters and was sympathetic towards Di’Shon Bernard, who inadvertantly scored the own goal that would prove decisive.

“Their performance was very good. At times we were excellent and short spells we let them push us back and that cost us in the end because it was a big 10 minute spell they had in the second half and you could see they were growing in the game,” Solskjaer told MUTV.

“That’s when you want these boys to learn from this and maybe someone stay down or get organised. But we had chances ourselves and some excellent debuts.

“You’ve got to put them on the pitch before you know if they’re good enough. The full debuts I thought all three were excellent.

“That’s the only time he put a foot wrong sometimes that happens in football I thought he [Bernard] was excellent.

“The group is very tight knit you can see they have played together and travelled together. It has been excellent in training, build up, everything, I’m just sorry they couldn’t go away with a win because I think they deserved it.

“Goal scoring is important for forwards and his goal was excellent but I thought his performance was top class he led the team by example, energy, drive, scored a goal, great in the dressing room the whole trip, he’s done himself proud today I think.