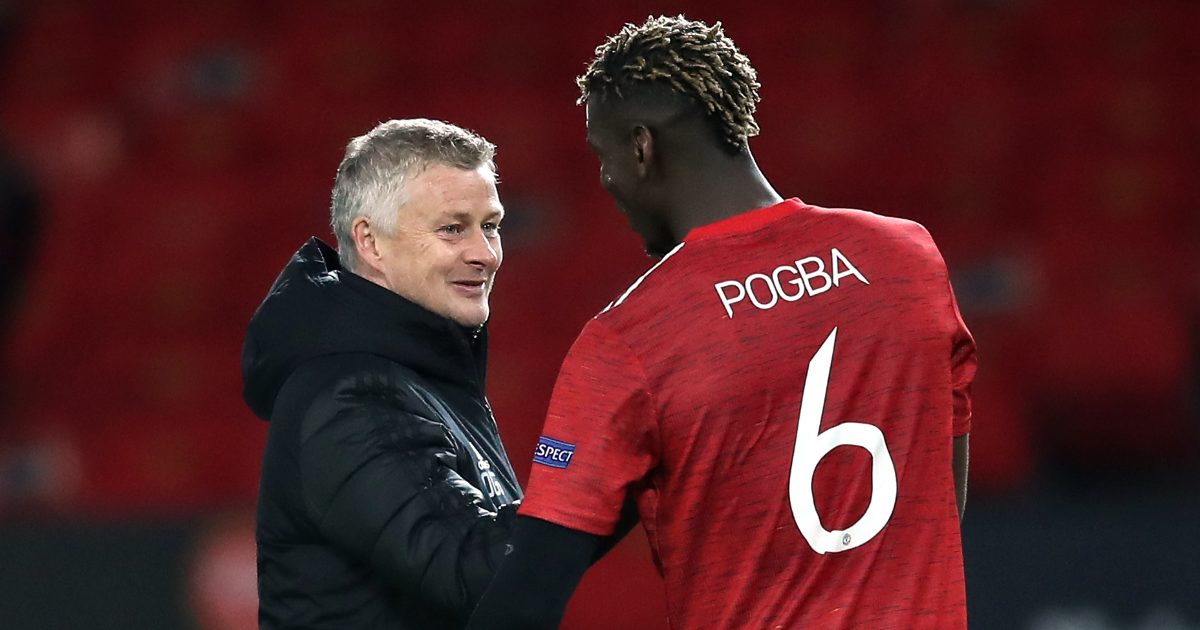 Ole Gunnar Solskjaer suggested that “balance” was key for his Manchester United side after they hit Roma for six at Old Trafford.

Man United started the game brightly and they deservedly took the lead through Bruno Fernandes. He lifted the ball into the net after a smart interchange with Edinson Cavani.

Roma were awarded a penalty in the 13th minute as Paul Pogba handled it as he slid in to block a cross from Rick Karsdorp. Lorenzo Pellegrini calmly converted the spot-kick.

The Italians took the lead before the break thanks to some shoddy defending. Pellegrini put it on a plate for Edin Dzeko and the former Man City forward finished it from close range.

The Red Devils hit back shortly after the restart. Fernandes and Cavani were key again as the midfielder laid it off to the forward and he emphatically found the top corner.

Solskjaer‘s side took control of the tie in the second half. Cavani and Fernandes both got their second goals of the game. Paul Pogba and Mason Greenwood got in on the act before the end to make it six.

As cited by BBC Sport, Solskjaer said after the game that it was a “very good” second half for his side:

“I don’t feel the job is done but it was a good job done,” Solskjaer said. “We did well but we know they have quality.

“They scored two goals from the two chances we gave them. They didn’t have loads of chances against Ajax. The second half was very good.”

On Owen Hargreaves and Paul Scholes calling for midfield changes at half-time: “It’s easy up there thinking who should play… but who should not play?

“That’s a very good team, it worked really good against Tottenham. Mason Greenwood should be disappointed not to be playing but it’s about balance. Maybe those two should try to leave players out and pick a team with balance.

“We know we have got creative players who can create big moments. Paul Pogba’s position today was very good in that position, he’s allowed some freedom. He’s got the foundation behind him. The diference today is we took most of our chances.

“The character showed that they came back and didn’t lose their heads. Maybe five or 10 minutes at the end of the first half, we didn’t look great but we got ourselves together. The two goals are junior, schoolboy errors that shouldn’t happen at this level.”