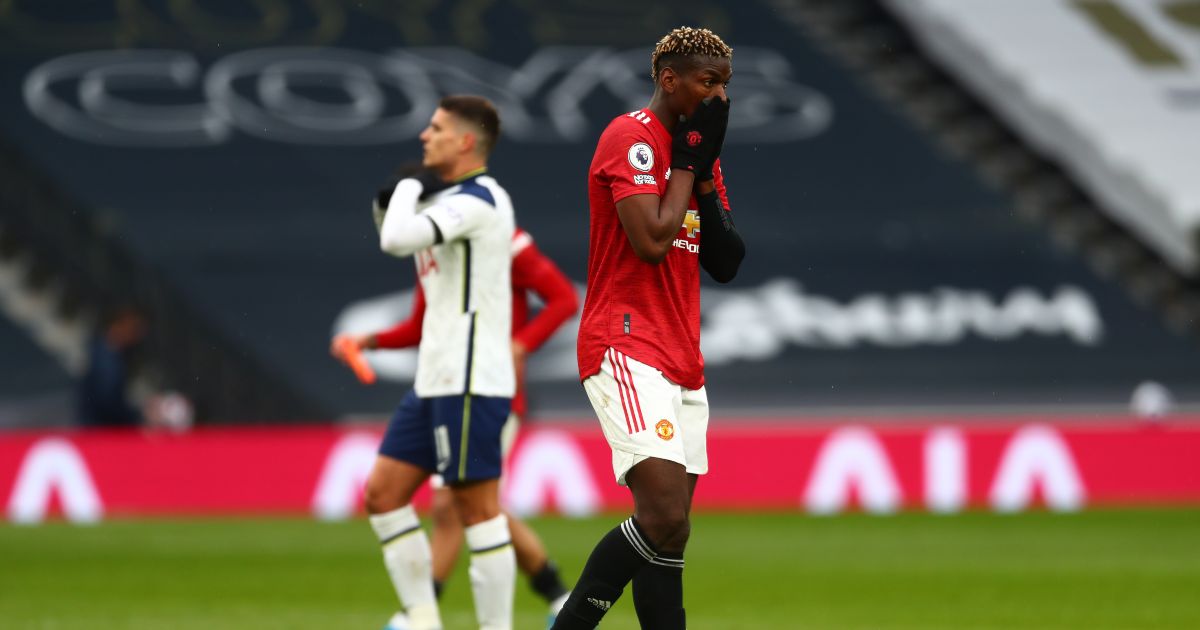 Man Utd boss Ole Gunnar Solskjaer says he has a “gripe” with Paul Pogba over a missed opportunity in their 3-1 victory over Tottenham on Sunday.

The Red Devils came from a goal down in north London to beat Spurs thanks to goals from Fred, Edinson Cavani and Mason Greenwood.

Pogba played well as the Red Devils controlled midfield for the majority of the match against Jose Mourinho’s side but Solskjaer wasn’t happy with one aspect of his peformance.

Solskjaer was frustrated Pogba didn’t volley the ball at goal when the Frenchman attempted a backheel as a clear-cut chance fell to him in the second half.

“Yeah, he’s getting better and better, excellent,” Solskjaer told beIN Sports. “He should have scored though, he should’ve volleyed it in.

“And that’s my gripe with him and I’ll keep pestering him on that.”

Meanwhile, Spurs boss Mourinho thought Pogba was lucky to stay on the pitch when asked if Man Utd had been unlucky to have a first-half goal chalked off by VAR.

Mourinho said: “I think we were unlucky because Paul Pogba should have had a red card for an elbow on Serge Aurier,” the Tottenham manager told Sky Sports. “So if you are going to speak about VAR maybe you have to go deeper than that.”

Tottenham have a poor record of holding on to wins when leading at half-time this season but the Portuguese thought his side deserved “more than what they got” for their performance against United.

Mourinho added: “It’s a concern. I know some of the reasons, but it’s very hard for me [to talk about it it]. I prefer to praise my players for their effort because I thought they gave everything they had. I believe they deserve more than what they got, so I praise them for that, but I praise United for their victory [as well].”

On their top-four hopes, Mourinho continued: “We need points and we lost three. There’s no way to run away from that. We needed points from the game and we didn’t get them.”