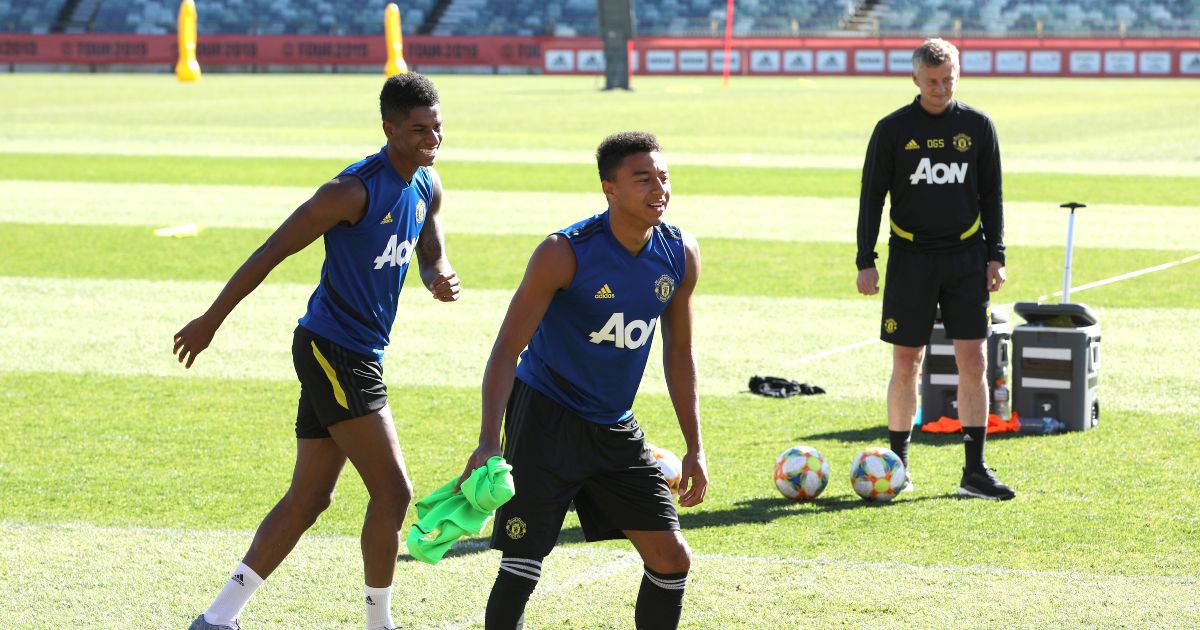 Ole Gunnar Solskjaer claims that Jesse Lingard’s focus is on forcing his way into the Manchester United starting XI.

Lingard was in briliant form in the second half of the last campaign on loan at West Ham, contributing nine goals and four assists in 16 Premier League matches for David Moyes’ outfit.

That earned him a call-up for Gareth Southgate’s England squad, although he missed out on the final squad for Euro 2020.

There have been rumours that West Ham want to bring him back to the London Stadium but it’s understood that they are struggling to pay Man Utd’s demands.

Speaking to journalists about Lingard’s future at Old Trafford, Solskjaer said: “Jesse’s first priority is to get into our team. I think we together can have great moments. Of course, as a manager it’s difficult to say that this weekend you’re not playing.

“I’ve got to leave players out from the squad as well as the starting XI but they all need to remember they will all play a part if we are going to be successful. Jesse is back to his fitness and has come back bubbly and in good shape so he has a good part to play.”

Solskjaer has revealed that Edinson Cavani and new signing Raphael Varane have been training ahead of their second fixture of the season against Southampton.

The United boss added: “First game of the season when you get off to a good start with the fans it sets the mood. Our job now is to capitalise on it and don’t get complacent. Edinson has joined in, Raphael is joining in and we’re getting fitter and fitter.”

💭 “Last season we were maybe a bit lucky, or good when we turned their two-goal lead into a 3-2 win for us with Edi’s substitute appearance,” the boss adds.

“We know every time we travel down there it’s going to be a very difficult game.” ✊#MUFC | #SOUMUN

On whether Jadon Sancho or Varane will start on Sunday, Solskjaer continued: “You’ll see on Sunday. They worked well and we’ve had a very good week. We’ll see who is making the flight down to Southampton on Saturday.

Solskjaer is expecting Ralph Hasenhuttl’s Saints squad to pose a test on Sunday. He said: “That game [last season’s 9-0 win] was a one off. That’s a special game when you have a lad sent off in the first minute.

“With Ralph’s teams you get high energy, high pressing and belief in themselves. They give you a great challenge. We know every time we travel down there it’s a very difficult game.

“You want to silence the home crowd. I know that’s not going to happen when it’s the first game at St. Mary’s in 18 months, it will be loud, but we have to do that. We have to manage the game so that the away fans are the ones that are heard.”