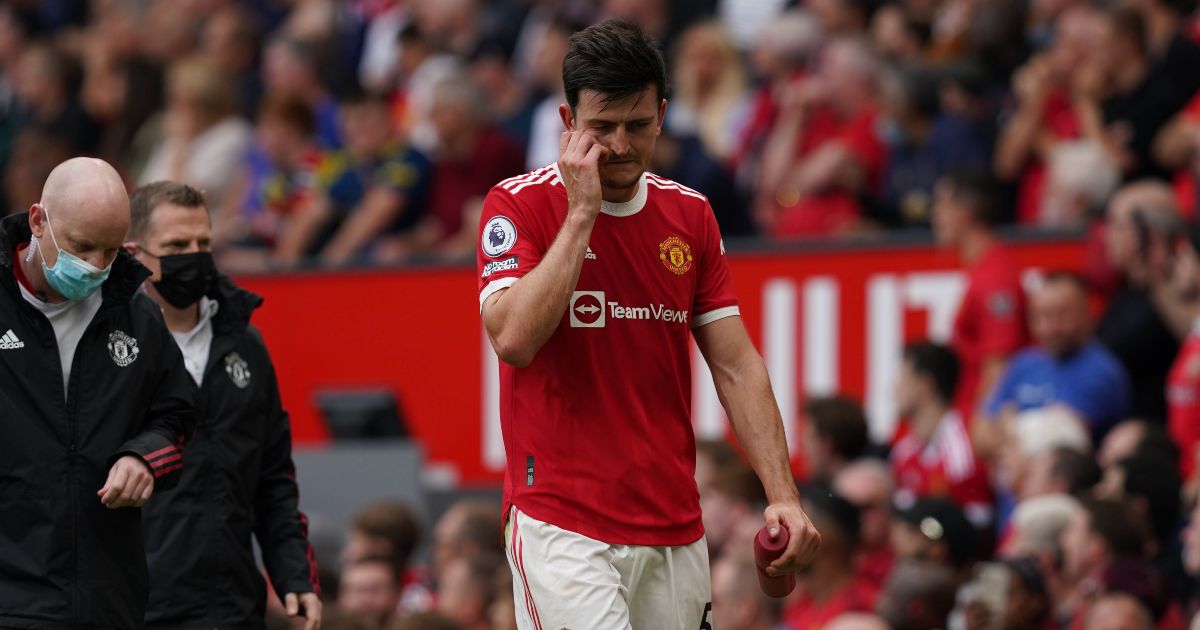 The 28-year-old centre-back limped off in the second half of Saturday’s 1-0 home defeat to Aston Villa in the Premier League.

Maguire was conspicuous by his absence from training on Tuesday morning, as was left-back Luke Shaw after coming off with an issue of his own at the weekend.

Solskjaer says the latter could yet feature against Villarreal in the Champions League on Wednesday, but United skipper Maguire faces a spell out of action.

“Luke has been in today, so I’ll give him a chance to be involved tomorrow,” the Norwegian said. “He didn’t train with the team.

“Harry is more or less definitely out. It doesn’t look good. So, apart from that, from the bruised pride from the result, we should be ready to go.”

“The focus is on three points, we’ve been looking at Villarreal again, looking at what we can do better and how we can improve from the weekend of course.”#MUFC | #UCL

Pushed on Maguire’s situation, Solskjaer said: “It’s his calf. That might take a few weeks, so let’s see how quickly he recovers.

“Of course he was hoping to play against Villarreal – he missed the last game we played against them (in the Europa League final in May).

“But then again, that’s football for you and with Aaron (Wan-Bissaka) suspended we’ll have to make a few changes.”

The severity of the injuries to Maguire and Shaw will be of interest to England manager Gareth Southgate ahead of naming his squad for the World Cup qualifiers against Andorra and Hungary on Thursday.

Marcus Rashford and Amad Diallo trained away from the main group on Tuesday as they continue rehabilitation from injury.