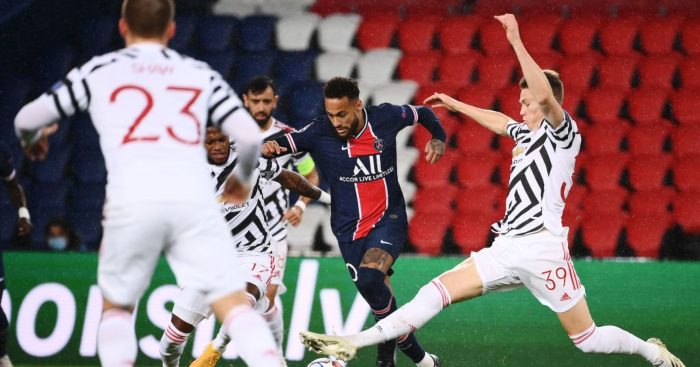 Man Utd boss Ole Gunnar Solskjaer has revealed that Scott McTominay played the first half against Paris Saint-Germain “with one eye”.

Marcus Rashford fired the Red Devils to another memorable victory at Paris Saint-Germain as Solskjaer’s men started their Champions League campaign with a bang.

McTominay performed well on the night and Solskjaer singled him out for praise after the Scot lost one of his contact lenses during the first half.

“Scotty played the first half with one eye as well, that was the most impressive thing, because he lost his contact lens. That was impressive.”

On the overall performance of his side, Solskjaer added: “I think the performance was good, I thought we deserved to win. We created chances.

“Of course we lost Eric (Bailly), we lost Harry (Maguire), Mason (Greenwood) isn’t ready yet. We made a little change. We’ve got players that can play split strikers and thought they could do some damage.

“Axel (Tuanzebe) in his first game in 10 months, Alex (Telles) on his debut, so we don’t really want to play a back four so we played a back three, or back five – call it whatever you like – and I thought it worked well.

“We know when we go here against players and a team like this with players like Neymar and (Kylian) Mbappe we have to defend well and (goalkeeper) David (De Gea) will have to make a few good saves.”