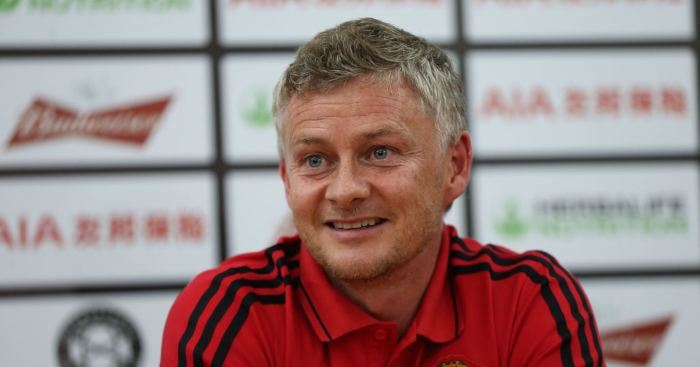 Ole Gunnar Solskjaer claims that “one or two transfers” before the transfer deadline “can still happen” at Manchester United.

Recent reports claim that United are looking to bring in a centre-back, a midfielder and a winger in this window but progress has been slow in recent weeks.

The signings of Daniel James and Aaron Wan-Bissaka have not been followed by any other signings as the window enters the final two weeks.

The Red Devils have been linked with countless names over the summer transfer window with the likes of Harry Maguire, Sean Longstaff and Sergej Milinkovic-Savic emerging as targets.

And Solskjaer told Norway’s TV2(via Sport Witness): “So, we see all the time if we can get better. A lot is written and we have perhaps been linked to 150 players this summer.

“But it can happen, one or two transfers, both in and out, it can still happen.”

One player that now looks ‘unlikely’ to be joining this summer is Sporting Lisbon midfielder Bruno Fernandes with Sky Sports claiming he ‘is not one of their priority signings’.