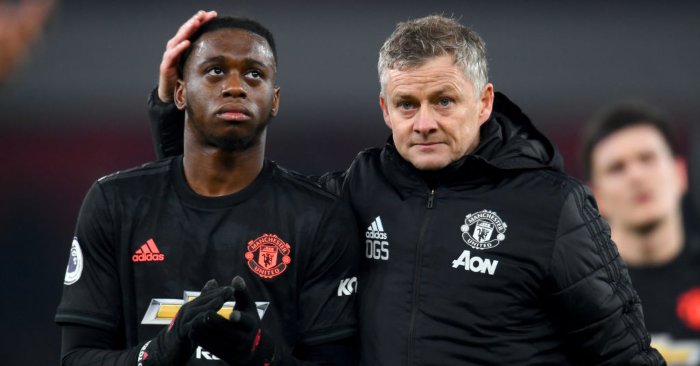 The 22-year-old has had a “rollercoaster” journey following his £50million move from Palace in the summer.

And Solskjaer has been delighted with his first season at the club, despite some (us) claiming he has much to do to improve his game in the final third.

MEDIAWATCH: A reminder: Manchester United are still in fifth

Ahead of Wan-Bissaka’s return to his former club on Thursday, Solskjaer bigged up the full-back, claiming he has enjoyed a “great season”.

“He’s had a rollercoaster of a season and a year,” he told MUTV.

“It’s been like that for everyone, to be fair, but this is his first season at Man United.

“I think he’s learnt a lot about himself and about the club and about what’s required at the highest level. He’s had a great season.”