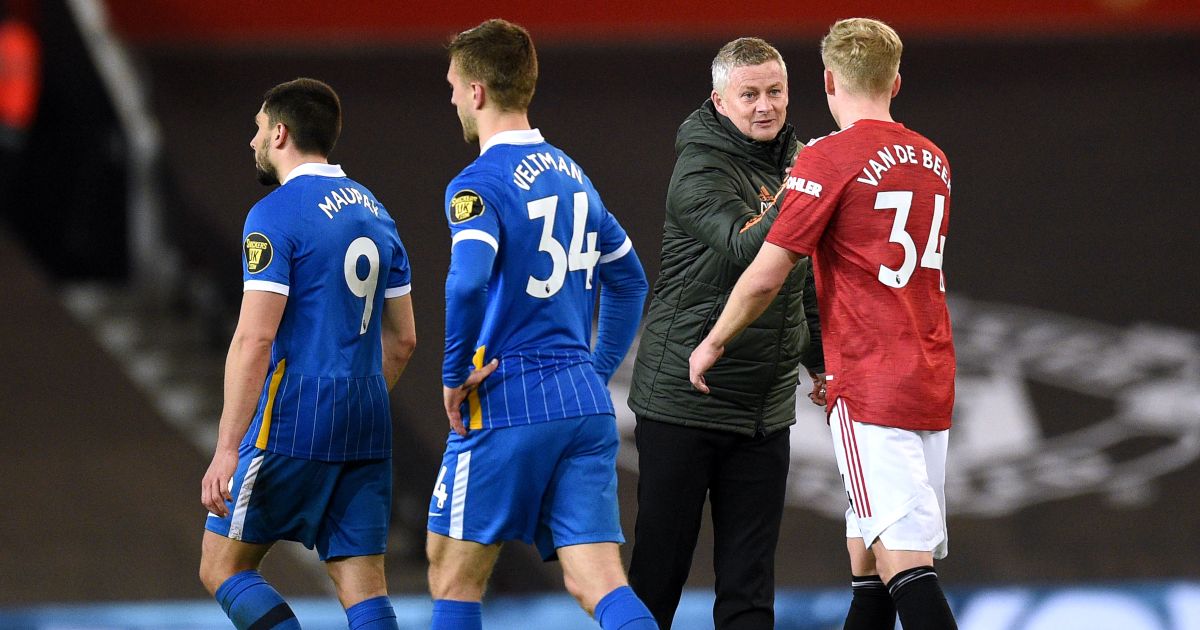 Send more of your thoughts to theeditor@football365.com…

On the right track…
United weren’t great yesterday, plenty to work on. All those slow starts have certainly cost them in the cups and a chance to be more competitive in the league.

But how Plato reflected on the weekend’s football and concluded United, who (checks notes) won, are the shocking football side and Chelsea who (checks notes)… oh my, are on the right  track after a folly… its frankly beyond my comprehension.

The 365 article put it well. All those slow starts and comebacks definitely have two sides to them. It’s a serious flaw for sure, but at the same time, it’s pretty impressive.

There is an awful lot good about United but also an awful lot that’s bad. Solskjaer has done a good job of gradually fixing the bad and they’re in a decent, not world beating place. It’s really not the end of the world though Plato!

For my money, I would stick with Solskjaer, only extend his deal a year at a time and wait until the next truly great manager emerges to take over a well run, if not yet, spectacular club, rather than the Mourinho Home for nearly-retired, formerly good, footballers we were building with the last guy. And by great manager, I’m talking a Guardiola… not Thomas (2-5 v West Brom) Tuchel, or anyone who has “managed Juventus to the Serie A title” as their only CV credit – if you managed Juventus, of course you won Serie A*…
Andy (MUFC)

*to be clear, you can be a good manager who happened to win Serie A with Juventus, but the winning with Juventus is not, in itself, evidence of that manager’s quality…

The future is bright but not for Spurs
It’s only the first week of April and while we may have a mathematical chance to get a top 4 finish – I highly doubt it when we struggle to beat teams like Newcastle – I’ve started to think about next season and…it doesn’t look good.

Spurs needs to refresh the squad and upgrade a lot of their 1st team players.

We need a good back GK who will take over from Lloris within the next 6-12 months. Nick Pope would be a great buy.
RB and LB need replacing with players who will push Doherty, Reguilon (if he stays), and Davis – I think Ben Davis is a great squad player and always give a 7/10.
If we get Milan Škriniar, I believe our CB of Škriniar, Alderweireld, Rodon, Tangana will have a good balance of experience, youth, and speed. Toby has another year, maybe two left in him, and would teach the young ones a lot by playing alongside them.

Midfield is where the most change is to take place. Højbjerg needs a backup to give him a rest, especially for the early rounds of the cups and ‘easy’ PL matches. Lo Celso has a history of injuries so we need someone to be his replacement when he is on the treatment table. The same applies to Lamela.

Kane, Son, and Moura also need backs. In the case of Moura, an upgrade would be nice.

By my count, we need to get 10 players to have a realistic chance for a top 4 finish. While 10 is unrealistic, spurs should target 4-6 to replace Hart, Aurier, Sanches, Dier, Alli, and Sissoko.

Now the most important bit of business is for Levy is to let go of his fantasy and replace Jose. Julian Nagelsmann’s name has been touted as a possible replacement but will he come if we aren’t in Europe? In fact, will any good manager come if we aren’t in Europe? Unless we secure Europe, I see Spurs going the way of Arsenal and becoming a mid-table team. Son and Kane won’t stay more than a year if we don’t a good manager or play in the CL. No strikers, no defense, no midfield, no goalie! Yup, it’s the 00s all over again!
Tarun Denniz (Spurs since ’90)

Misery derby
Well the misery derby lived up to its billing didn’t it?!

Quick recap:
– Joelinton missed
– Joelinton scored (assist, Colombian Titus Bramble)
– Kane
– Kane
– (JM: Definitely don’t go out there and hope to cling on lads)
– Arsenal loanee
– Bring on Bale after it’s too late
– (JM: lie about why Toby Alderweireld was not picked. Blame the players for not holding onto leads).

It takes a special one to make watching this group of players so miserable. The excitement of Son, Kane and Bale at the start of the season has gone. It now looks like we are playing a weird 442 (hard to tell to be honest), which seems to be driven by selecting from those that haven’t too obviously given up on him.

For the love of god, why did they move the league cup final back? 🙁
Dave (Rodon looks promising), Winchester Spurs

As Newcastle United continues to be embroiled in yet another relegation battle, an appraisal of the club’s current predicament is only appropriate at this interval.
Steve Bruce is trying his best in a desperate situation, exacerbated by the continued failure by owner Mike Ashley to secure a long-overdue takeover.

I recently read the excellent autobiography of Kevin Keegan (well worth a read), and Kevin’s refusal to even attend games at St.James’s Park(before the current restrictions on fans I must interject with), sums up this entire story.

Newcastle United has not won a single trophy of any description since 1969. (First Division Championships are classed as a trophy I know but the club cannot defend it and would rather be in the Premier League in the first instance. I won’t even mention the much-maligned Inter Toto Cup).

This is simply unacceptable for a one-city club, backed by fantastically fanatical supporters. such as Ant and Dec, Tim Healy, etc. Newcastle United has, to use the immortal proverb, always been the bridesmaids and never the brides. In 1974 they lost in the FA Cup Final 3 0 to my beloved Liverpool Football Club(ironically Kevin Keegan scored in this match)

Roll on to 1996, Newcastle United famously surrendered the Premier League’s biggest ever lead, twelve points to eventual champions Manchester United “I would love it if we beat them”, the twenty-fifth anniversary of Liverpool’s amazing 4 3 win over Newcastle United at Anfield was celebrated (in my own case I celebrate this anniversary every year) on Saturday last.

Successive FA Cup final defeats to Arsenal in 1998 and the aforementioned Manchester United in 1999 swiftly followed. Managerial changes galore, the failed second coming of ‘King Kev’, two relegations from the Premier League, and here we are in 2021. A takeover simply has to happen to restore this once proud club to former glories.

I genuinely and sincerely hope this is accomplished sooner rather than later so as Newcastle United can try to return to former glories. 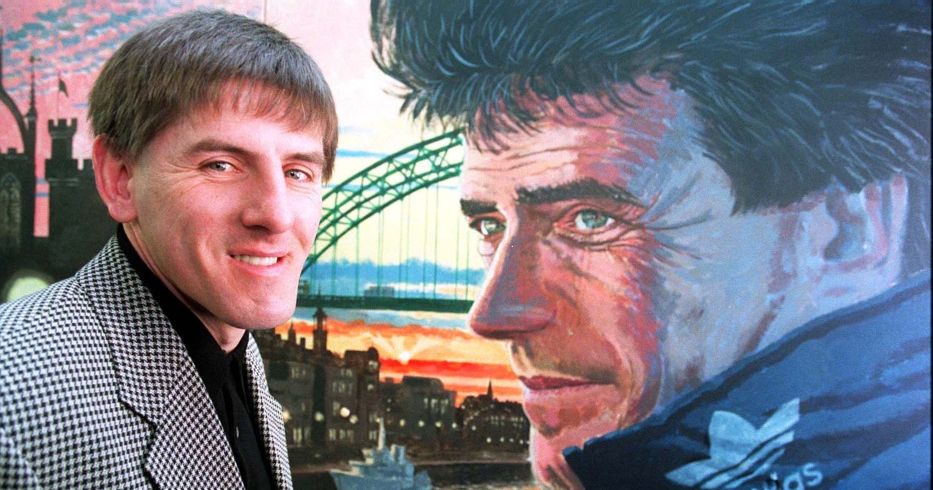 The best over 30s signings…
Steve from Toronto dropped a great point about players signed at an older age, mainly over 30 who then transformed a team, he suggest Danny Ings could do similar for City like Milito at Inter, well I thought I would also bring up a few other older players who did exactly that, moved clubs and transformed their side in one way or another:

Andrea Pirlo – Milan to Juventus, Pirlo cost Juventus nothing in 2011, a 32 year old veteran who Milan let go because they felt his time had come, Andrea Pirlo went on to be a key part of the dominant Juve side that won 4 back to back titles and reached the Champions League final.

Zlatan Ibrahimovic – Milan to PSG, just makes the cut as he was 30 at the time, but his impact in Paris started the dominance that was about the happen in the capital of France for this PSG side, he won on average 3 trophies a season at PSG which is incredible.

Claude Makelele – Real Madrid to Chelsea, Freshly bought by Roman, in came Claude Makelele, he defined one of the record breaking teams of the Premier League era, arguably the best defence in English football, his position became forever known as “The Makelele Role”, for £16m it was worth every single penny.

Gabriel Batistuta – Fiorentina to Roma, when i think back to Batistuta he is wearing that iconic purple kit with the Nintendo logo upon it, but his move to Rome was one of the key reasons that he has a Serie A title on his honours list, top scorer for that season as Roma lifted the title ahead of Juventus.

Quick response to Minty, LFC who mentioned about “Strikers literally have one job” then chose to mention Roberto Firmino who literally adds so much to the Liverpool side that won the title and UCL without scoring many, I personally see any player’s job as to contribute to the team, be it in one way or another, many a striker contributed in other ways to their side without scoring, Firmino, Giroud, Zola and Bergkamp come to mind, I do understand where Minty is coming from but I suppose we just have different views on the topic, which is fine, he is one of the common contributors to the Mailbox like myself and I do respect his views.
Mikey, CFC (Will Ings fire City to the Champions League? Who knows)

Arteta Ole Lampard
Liam, wait ’til the end of the season. One of them might end up with an impressive trophy haul.
Simon, Norf London Gooner

Nearly
Raheem Sterling and his basic little tap ons would have sent us to a World Cup Final if Harry Kane passed the fucking ball.
Dale