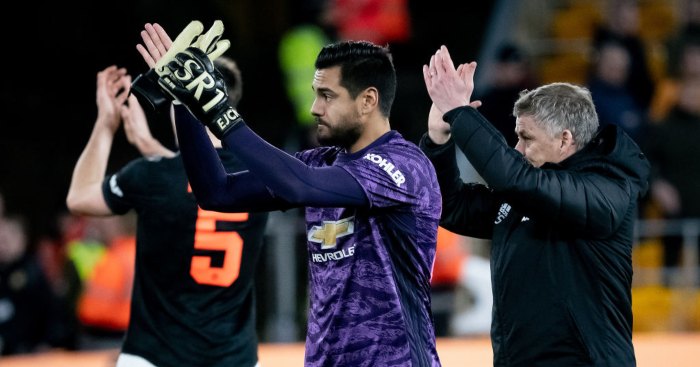 Solskjaer’s side have now failed to score in three of their last five games after Saturday’s third round draw at Molineux.

Romero’s fantastic save thwarted Matt Doherty, while Marcus Rashford hit the bar for the visitors in the second half.

Doherty had a late goal ruled out for handball but it was a forgettable game between two unimaginative teams, who now face a replay at Old Trafford.

When asked whether it was a bit of a grind for United, Solskjaer told BBC Sport: “I’m happier to be in the replay than going out – it’s a tough place to come.

“They had chances, Sergio Romero made some great saves and we got off the hook with the header. Sergio has never let us down, he’s kept so many clean sheets. He is a fantastic human being and a top professional.

“He’s putting pressure on David de Gea and that’s what we want. We want the best players in the world here.

“It’s a competition I love. It’s a fair result that we are both still in the cup.”