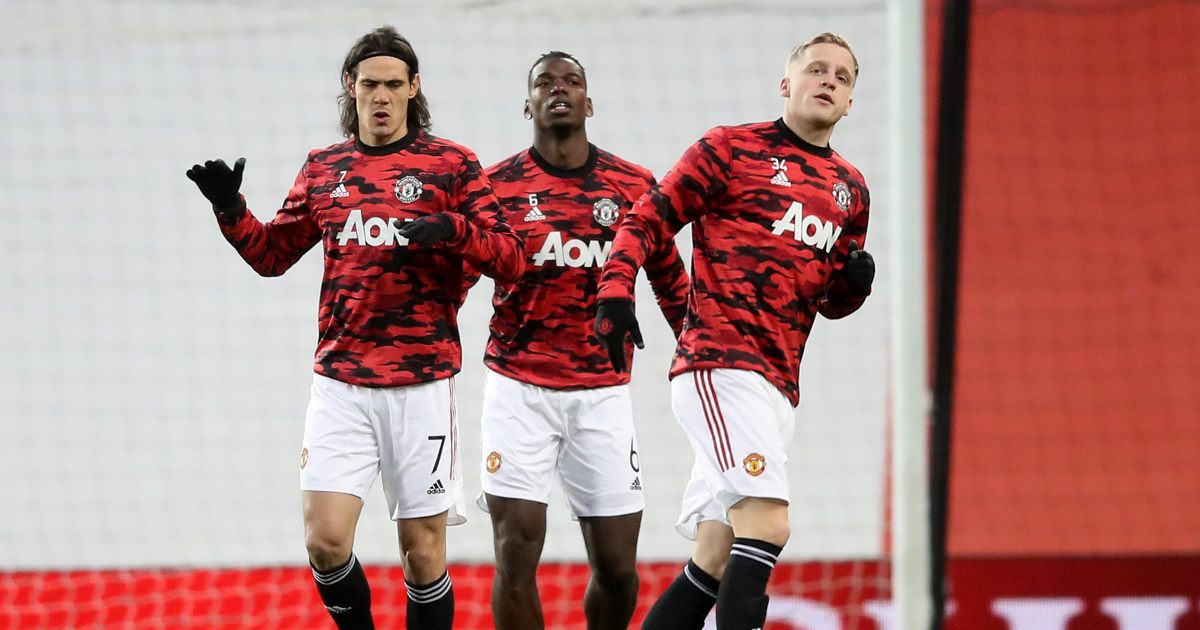 The Red Devils’ Premier League form has stalled, winning one of their last five and that has seen them slip seven points behind leaders Man City.

The Europa League could provide a welcome break from domestic matters as they face La Liga side Sociedad but Solskjaer has confirmed they will have to manage without Van de Beek and Cavani, who will miss the match along with Paul Pogba.

Man Utd boss Solskjaer told reporters: “Paul he is recovering well, starting treatment. Still a few weeks, so he won’t be playing in February that’s for sure.

“Apart from that a couple of doubts. Anthony and Scott, so we will have to check them tomorrow. Donny and Edinson definitely not travelling.

He added: “Donny and Edinson are injured – muscle injuries.”

On whether his strikers have been contributing enough this season, Solskjaer continued: “We are the team who have scored the most goals in the league. Our strikers haven’t scored as much as we’d like to – that’s a good problem.

“If we can get them firing we’ll have another edge in the games. They are working hard and doing well in training.”

Meanwhile, teenage talent Mason Greenwood has signed a new and improved deal on Tuesday keeping him at Old Trafford until at least 2025.

The 19-year-old academy graduate has been with the club since the age of seven and made his debut in the remarkable Champions League last-16 comeback win at Paris St Germain in March 2019.

Greenwood now has 21 goals and 82 appearances to his name, with his progress rewarded with a new long-term contract at United that includes the option to extend by a further year.

When asked what position is Greenwood’s best, Solskjaer said: “I think Mason was a bit shy there, he can play No.10 too! I think we just have to give him time to find his final position. He is a forward who moves really well along the line. Sometimes you don’t want to be right in the mix, so I think we have found he can play both really.

“In and around the goal – we need him there.”