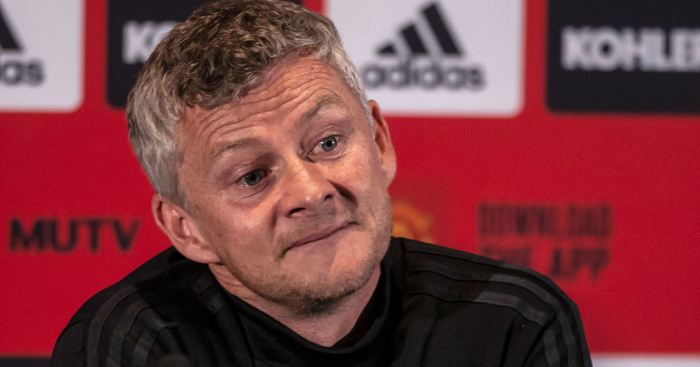 The Shakers have until midnight on Friday to prove they are financially viable or face expulsion from the Football League, while a takeover that would lift the immediate threat of Bolton heading the same way has not yet gone through.

Speaking at his weekly press conference, Solskjaer said: “The Bolton situation, the Bury situation – it’s hard to keep up with the top if you don’t have the resources.

“Of course, as a local club we want to see our local players do well. We’ve recruited players from those clubs and of course we want them to do well. If there’s anything we can help them with I’m sure we can do that with loan players or anything.”

Former Port Vale owner Norman Smurthwaite believes it is too late to save Bury because the crisis-hit club’s owner Steve Dale wants at least £1million to walk away.

Smurthwaite has made the only credible offer to save the club so far but it was rejected by Dale on Tuesday because it offered him nothing.

Speaking to the PA news agency, Smurthwaite said: “If Steve Dale accepted that neither he nor any of his associates get anything from (July’s company voluntary arrangement), or any other payment, then I am willing to step in. They are the two conditions of my offer.

“But I fear it is now too late to save the club because there is simply not enough time to do this deal. It could take three months. And if Dale finds some novice to take it on, Bury will be back in this mess next year.”

England women’s team manager Phil Neville revealed that his mother Jill, who had been Bury’s club secretary, resigned from her job on Friday.

“My mum’s devastated. She resigned on Friday because she couldn’t work with the current ownership.

“Today common sense has to prevail. One man cannot stop one football club that has hundreds of years of history going out of existence.

“I pray that common sense today prevails and that somebody is allowed to buy that club and the town has something to be proud of again.”