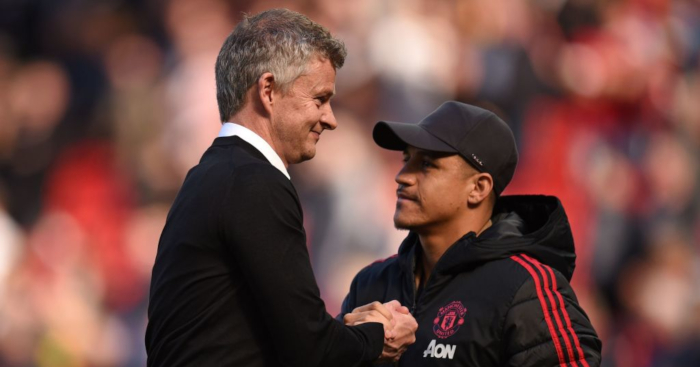 Ole Gunnar Solskjaer has told his Manchester United team they need to wise up after Crystal Palace snatched a surprise late victory at Old Trafford on Sunday.

Daniel James appeared to have salvaged a point for United with just a minute of regular time remaining, but United could not see the game out and Patrick Van Aanholt earned Palace a first league win at Old Trafford in 30 years as he finished off a swift counter-attack three minutes into time added on.

The late drama came after Marcus Rashford missed a 70th-minute penalty, having taken over spot-kick duties from Paul Pogba, who also missed a penalty in Monday’s 1-1 draw at Wolves.

“We have to learn and we have to learn quickly,” said Solskjaer. “From the last two games we should have got six points out of six if you look at the games as a neutral.

“We’re two missed penalties away from sitting there smiling, happy with nine points.”

United enjoyed more than 70 per cent possession against Palace and had 22 shots at goal, but only James really threatened Vincente Guaita’s goal, seeing a first-half shot blocked by Van Aanholt in front of the goalkeeper before bending in his late equaliser.

However, Palace took a 32nd-minute lead with their first chance of the game, a route-one goal as Jeremy Schlupp beat Victor Lindelof to Guaita’s long punt forward to leave Jordan Ayew one-on-one with David De Gea.

“We didn’t have enough urgency and penetration in the first half until they scored,” Solskjaer said. “They never looked like creating anything. We felt maybe it was too easy. That’s when you need that tempo change.

“I thought we did that in the second half, we were excellent in that respect with more pressure, more chances, more urgency, but of course you’ve got to hit the target and score the goals when you have those moments.”

United’s struggles in front of goal raised further questions about the decision to let Romelu Lukaku leave without replacing him.

The 17-year-old Mason Greenwood came off the bench in the second half, but Solskjaer was otherwise short of options.

Alexis Sanchez was not in the matchday squad as he continues to be linked with a move away from the club before the European transfer window closes.

“Alexis is a quality player,” Solskjaer said. “We don’t have loads of options. If there is an offer that’s good enough for the club and him maybe he will go, but if not then he’s still our player and he’s a quality player.

“He’s been training well and there’s no doubt about his quality so let’s see.”