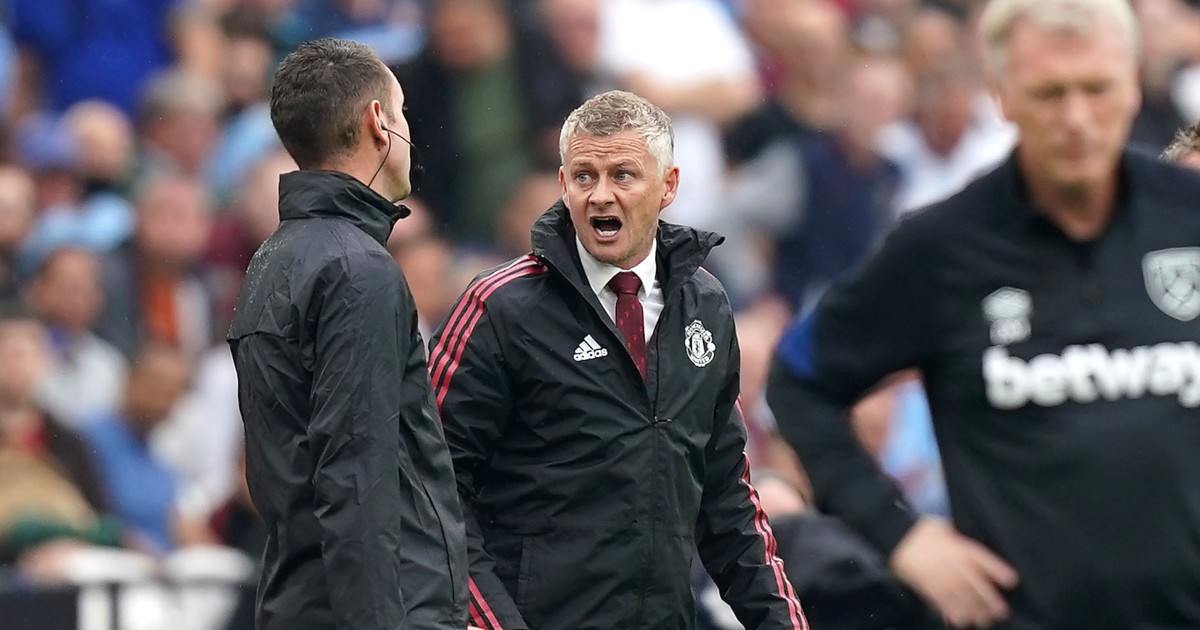 Manchester United came from behind to win on the road again as Jesse Lingard scored a wonderful last-gasp goal to sink the Hammers at the London Stadium.

West Ham had a stoppage-time chance to salvage a point but Mark Noble’s penalty was saved by David de Gea, the captain having only been brought on as a substitute to take the kick.

Solskjaer admitted that penalty was probably fair, Luke Shaw handling from Andriy Yarmolenko’s cross. But the Manchester United boss was frustrated with his club having two calls controversially rejected by the officials for fouls on Cristiano Ronaldo, who equalised after Said Benrahma opened the scoring.

“That’s football for you – it’s ups and downs,” he told BBC Sport. “You get used to working in this environment. It’s not great for your heart but this is why we play football. We looked down and out and David de Gea pulled off the save.

“A great response to their goal. I thought we played some very good football first half but then we need to defend better.

“The handball is probably right, he was making himself bigger. If you clip the ball into someone’s hands and they’re right there it’s difficult. David de Gea made the right call.”

On the decision of David Moyes to bring Mark Noble on specifically to take the penalty, Solskjaer sympathised.

“If he scores it’s genius and when David saves it’s the wrong call,” he said.

Moyes himself took sole responsibility, saying: “Mark Noble is one of the best penalty takers we have. My choice, my decision.”

The Scot added that “I thought the referee refereed the game really well” and “it’s great that we’re seeing the performances of the referees, letting the game go and it’s serving everyone who watches football at the moment”. Solskjaer disagreed ever so slightly.

“We had two stonewall penalties,” said the Manchester United manager. “Clear as day. I’m just hoping it’s one of them where Cristiano Ronaldo never wins a penalty.”

Solskjaer also reserved praise for match-winner Lingard, who is said to be one of seven players Manchester United will contemplate selling from January.

“Football, highs, lows that’s how it is. You have to learn to live with the highs and the lows. He said sorry after Tuesday and everyone said that’s not necessary, he came on and was brilliant.”