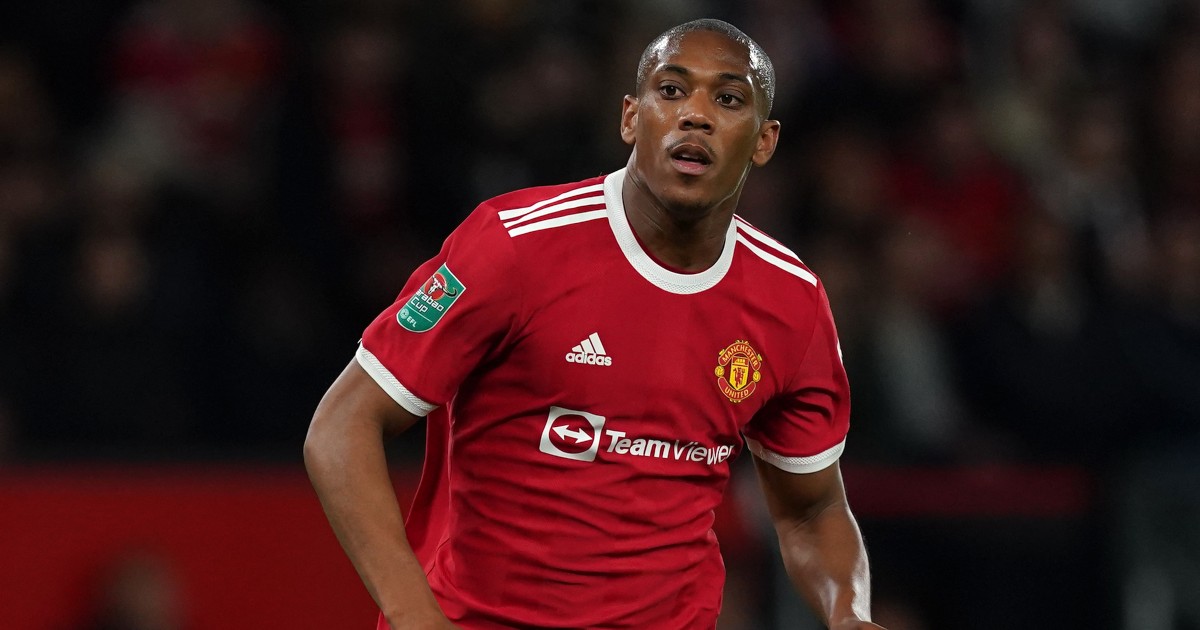 Ole Gunnar Solskjaer opted not to discuss the performance of Anthony Martial against West Ham.

Manchester United had one of their trophy hopes ended prematurely at Old Trafford as the Hammers avenged their dramatic Premier League defeat last weekend by knocking their hosts out of the League Cup third round.

Manuel Lanzini scored the game’s only goal as a makeshift Manchester United side struggled to establish a foothold in the match.

Solskjaer made 11 changes to his side as Diogo Dalot, Alex Telles, Donny van de Beek and Juan Mata were among those afforded an opportunity to impress.

Mason Greenwood and Bruno Fernandes were introduced to no avail as Cristiano Ronaldo was left out of the matchday squad entirely, but it was Martial’s display at centre-forward that attracted the most criticism.

Barcelona and Man United’s financial worlds have flipped since 2009

It was said earlier this month that his ‘days are numbered’ at Manchester United and Solskjaer decided not to get involved in the debate, saying after the game that he was not willing “to go into individual performances”.

“Antho was the same as the rest of the team: we played some nice football, we lacked some of that cutting edge and he knows what we want from him,” he said.

“He’ll keep working and get his chances.

“It was a poor start and then when we decided that we wanted to join the game we played some good football.

“Loads of shots, loads of pressure, very good attitude, but we lacked that [cutting edge], definitely.”

The Norwegian also reiterated numerous times that Manchester United “gave it a good go”, as if that isn’t the absolute bare minimum expectation.

Dion Dublin was on punditry duty for BBC Radio 5 Live and was among those underwhelmed by Martial.

“We need to see more from Anthony Martial,” he said. “We have said it many times before but he is not helping his cause.

“I want to see him sweating and putting the ball in the back of the net. He has not done enough since being at United.

“You see flashes and think it is the start then he doesn’t do anything.

“His body language is horrible to watch, he doesn’t want to run around and work hard to be United’s number nine.”

The 25-year-old has failed to score in six appearances amounting to 190 minutes this season. In 36 games last campaign he netted only seven times, as many as the returning Scott McTominay.