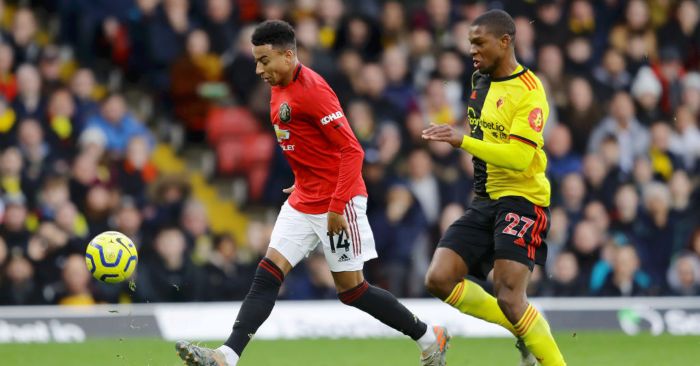 Ole Gunnar Solskjaer believes Jesse Lingard did not take “the right option” against Watford on Sunday.

Lingard was played through on goal against the Hornets in the first half at Vicarage Road but contrived to miss, with the scores still level.

United went on to lose 2-0 in their latest setback of an underwhelming and below-par season.

After the game, Solskjaer criticised how United played like it was a testimonial, before discussing Lingard’s chance in particular.

“Ben Foster stood up so I don’t think a chip was the right option,” Solskjaer said. “But then I wasn’t on the pitch, it was Jesse.

“It was a good run, we could have been 1-0 up but it happens. Sometimes you miss the target and sometimes you score.

“We need a reaction.

“Why? It’s part of life and part of football.”