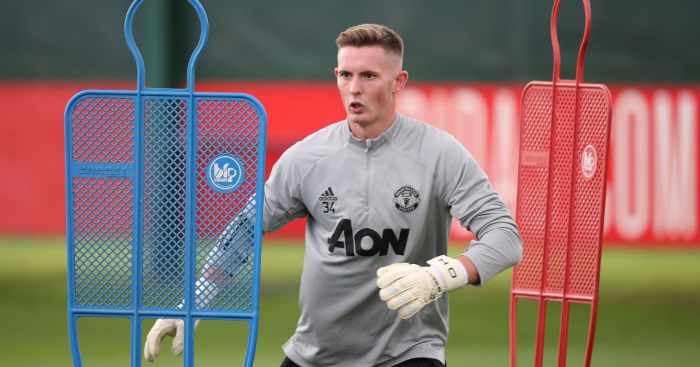 Such experiences helped establish Henderson as one of the best young goalkeepers around, leading United to bring him into the first-team squad in the summer and reward him with a new and improved deal until at least 2025.

Solskjaer would not confirm whether the homegrown shot-stopper would make his fourth United appearance in Tuesday’s Champions League clash against Istanbul Basaksehir but said opportunities would be forthcoming, amid claims he could be loaned out.

“Dean wants to stay at Man United and play for Man United,” he said of Henderson, who this month made his senior England debut and is pushing for a place at the rearranged European Championships.

“I can’t see the logic in (suggestions there is) only one potential appearance left before Christmas. Do you know how many games we’ve got?

“I disagree completely if (you are suggesting) tomorrow is a make-or-break (moment) for Dean.

“He’s come back in, he is training really well, he’s maturing. He’s had some games.

“I don’t buy that argument that it’s a make or break for him.

“It’s not up to me to keep everyone happy, you know. I’ve said that a few times. The performances will always be the deciding factor if you play or not.

“I think every position that you play for Man United, it is your duty or your responsibility to make me and the coaches happy, so then there’s a bigger chance you can play next time.”