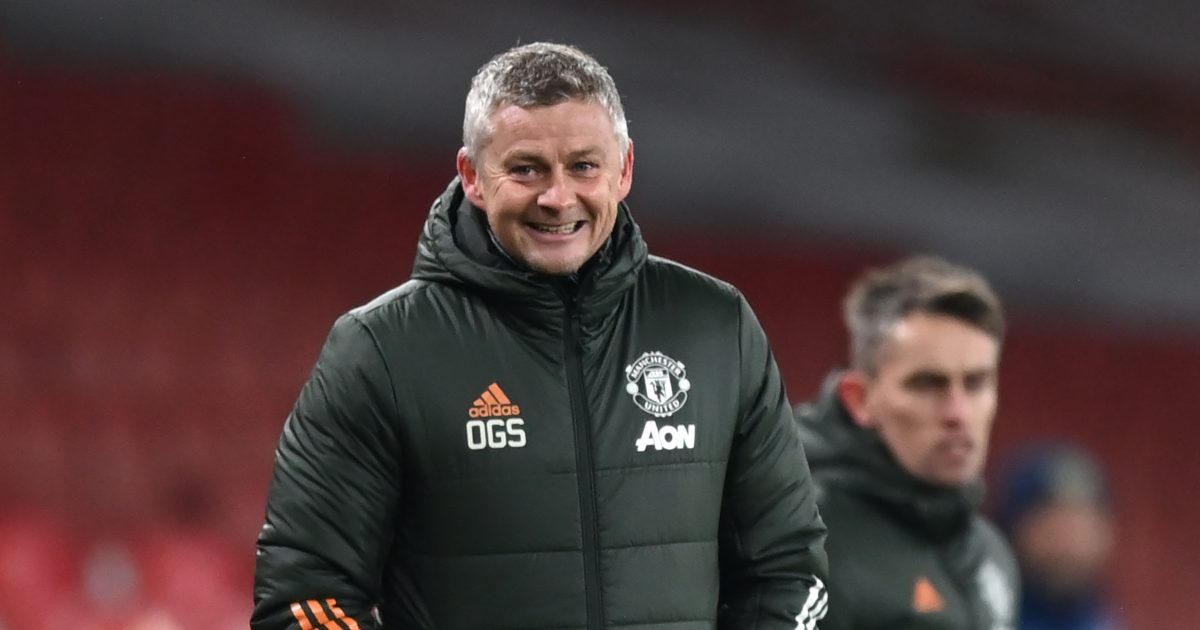 The Premier League is back. Some things are a little different – the refereeing certainly feels as refreshing as the fans – but some things are pretty much set in stone, like the smile of that man Ole Gunnar Solskjaer.

1) Jurgen Klopp ignoring domestic cups
The thing that kept most Liverpool fans sane during the 30-year drought between titles was winning domestic knock-out trophies alongside some famous continental adventures. But the Reds have only claimed one parochial cup in the last 15 years since the Steven Gerrard final against West Ham. The total obsession with Europe’s top table has been clear on Klopps’s CV with three final appearances in Basle, Kiev and Madrid. However, his record since losing to Manchester City at Wembley in 2016 has been abysmal. Will it change? Unlikely. “It is not a case of treating certain competitions as priorities over others. It’s about managing the situation, the circumstances and the squad.” Here come the kids again…

2) Pep Guardiola’s megamind going into overdrive
The Guardiola narrative is very rarely upbeat. Football is his megamind chess piece. It presses on him. It seems to deflate him more than raise spirits. Trophies are piled high but something always eats away inside.

“You can’t imagine how confident I am and for my team, and for what we need to do,” Pep said tetchily before his team didn’t turn up to the Champions League final in May. Compare this to Thomas Tuchel’s relaxed engagement ahead of the match in Porto.

Guardiola is a man who must always create another way to show the world that trusting in the process is too obvious. As Lothar Matthaus said: “He had to try something again, present an imaginary ingenuity at the worst possible moment, and totally deserved to lose.” It’s harsh. It’s also true.

3) Ole Gunnar Solskjaer sounding happy-go-lucky in defeat
There is something about Ole’s demeanour that lends itself to scrutiny. He is a man who doesn’t always appear to be as devastated as he might be in defeat. Now, there is no behavioural code on how you should take a big loss on the chin, but OGS does his public duty with too much grace. Damien Duff called it out:

“Even his post-match interviews at times, after they lose he is smiling and joking. You’ve just lost a game as Manchester United manager and he’s still happy-go-lucky.” He might have a point. Some substance when the pressure is on would be good. A trophy would be a start. Time to move on. This time, it’s serious….

4) The north London sun going down
Expectations in north London are not exactly sky high, although there’s no doubt who showed the most cojones over the weekend. There was an excitable few days in late May when Mauricio Pochettino’s return to Tottenham was being regarded as a distinct possibility. It was wishful and wistful thinking. Does anybody really believe in Nuno Espirito Santo’s safe pair of hands? Or more to the point, can Tottenham take off in a new direction without their talisman? Meanwhile, Mikel Arteta is already facing double gun barrels. Before Arsenal went missing in west London on Friday against Premier League newbies, fans had already been expressing considerable disquiet. The Gunners were as soft as putty. Tottenham and Arsenal need to discover their souls again. What lies beneath might be ugly.

5) Watford and their gig economy management style
Well, we know what happens when the Hornets employ a new manager. The appointed one merely become a zero contract worker. Since the Pozzo family took control of the club in June 2012, there have been 13 changes of coach. In the 12 months before current incumbent Xisco Munoz’s appointment, Watford have run through five. Javier Gracia took them to an FA Cup final and had the temerity to finish just outside the top 10. What riches they were compared to what has followed. There is no reflection in the football world. Commercial people are not sentient beings…

6) Burnley go without and stay upright
Sean Dyche has made Burnley into a Claret Wall of defiance. They go to the well until it is drained. Sometimes, we are drained watching ‘it’. Every time you think they may have done their best work, Burnley will uproot somebody’s else green and pleasant land. Last season, it was stopping Liverpool’s 68-game EPL streak at Anfield. There were signs of a wobble in 20/21 – they were undoubtedly helped by three teams below failing to clear 30 points – but Dyche is a practical man with a van. Burnley chairman Alan Pace said: “We love Sean to death. We want Sean to be here for a long time.” Like that famous League of Gentleman line, he may never leave…

7) Chelsea and their stable instability
Well, now. Chelsea have done the Champions League and Super Cup double just like Liverpool in 2019. And we all know what the Reds did next. Tuchel made the big beasts of Klopp and Guardiola look toothless and clawless last season, but then the Blues almost cocked up automatic CL qualification on the last day. Tuchel is flavour of the month. He’s flavour of the year. And he’s far more interesting than people would have you believe. Will it last? Nothing does at Chelsea, so enjoy it….As the man said: “If they are not happy with me, they will sack me anyway.”

8) It’s the best league in the world
We’ve been screaming about the best league in the world for years because if you say something enough times it must be true. To be fair, La Liga nosedived into a messy affair last season (no pun intended). Ligue One was taken by Lille on temporary loan from the state superpower. World-weary Munich won the Bundesliga. Now, for the first time in nine years, the Premier League is ranked number one European league by UEFA. It feels like this is the time to remind the world why.

9) Social media outrage and outage
Even in the most positive of all situations – England in a final – there was enough content in the lead-up and denouement to turn it all into a huge negative. Why are we constantly asking for people to behave? Freedom of expression means freedom of explosion. No matter how many tweets the platforms delete, we will always have victims and targets to light that fuse. Sometimes, we don’t even need the football to learn what people are capable of. At least the players have their own voices to protect their character. We must have their backs too. As for the rest, it’s kicking off already. Where do they find these people?

10) Football has the ability to make or break weekends
It was Rio Ferdinand who said: “Only football can do this to you.” Can’t remember the exact context but that’s not important. Isn’t it weird how ownership of your football team becomes controlling. It creeps up on you, shouting for attention in the most awkward moments when you need to concentrate on ‘real life’. Why does losing hurt so much? Is this some kind of sinister addiction dressed up as normality? Whatever it is, it will not stop. Saturday nights and Sunday evenings can be seen through a different prism depending on what has happened earlier in the day on a green slab of turf. It lingers deliciously or it kills you softly.