Home All The News Solskjaer: Some Man Utd players need a ‘reality check’ 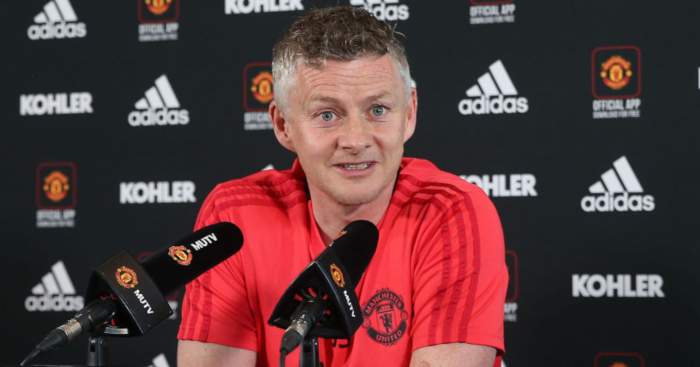 Ole Gunnar Solskjaer admits some of his Manchester United squad need a “reality check” following their dip in form.

The Norwegian won 14 of his first 17 matches in charge of the club in all competitions that kick-started their season in the Premier League and Europe.

However, since his appointment as manager on a permanent basis, their form and displays seem to have dipped with two wins and five losses in their last seven matches.

On whether he has learnt more about his players in the last few weeks than the first few of his reign, Solskjaer said: “Not sure about that, learnt a lot about them over the months here now and you get to know them, most of them have really impressed in their attitude.

“And some need to get a reality check of where they’re at but most of these know they can improve if they keep working as they do.”

When asked whether he thought the players’ performance levels have dropped since he job the job permanently, Solskjaer said: “I don’t think so no, that’s football, margins, we’ve said we’ve lost two league games, Watford and Arsenal.

“Those games we shouldn’t have talked about losing, we won games we maybe didn’t deserve, it evens itself out but players know what’s gonna happen, we know what I expect, as a club what we want to do that’s football.

“When we came in 19 Dec and where we’re at now, I think anyone would have taken that now we’ve got five games to see if we can finish it off.”