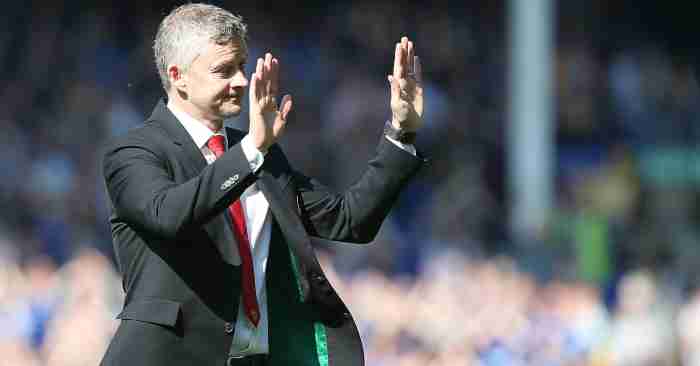 Ole Gunnar Solskjaer has admitted that his side were way off the pace as they slipped to a dreadful 4-0 defeat at Everton on Sunday.

First-half goals from Richarlison and Gylfi Sigurdsson stunned Ole Gunnar Solskjaer’s lethargic side before Lucas Digne and Theo Walcott piled on the misery at Goodison Park.

The loss was United’s sixth in eight games in all competitions and turned up the heat on Solskjaer and his misfiring players, whose fortunes have slumped since the Norwegian was made permanent manager last month.

United, who remain sixth in the table, have now conceded 48 goals in the Premier League this term, their most in a top-flight campaign since 1979.

“We were beaten on all aspects today and the only place we beat Everton – I can’t say we beat them – but we had a fantastic support and I just want to apologise for the performance we turned out,” Solskjaer told the BBC.

“We have been fantastic for long periods and it’s a tough league to get into the top four, never mind winning the league – there are six teams there and Everton want to be in there.

OGS: “We’ve got to apologise to the fans because that performance is not good enough for a Man United team. It’s difficult to describe because it’s so bad” pic.twitter.com/qsrdbpBPzm

“We know it’s a big task and work to be done. We have to do it together, we have to get on with it because this is not good enough.

“You have got to start somewhere and we will give it everything we have got with the last four games – massive games with City and Chelsea coming to Old Trafford – that’s where we get the best support in the world.

“We can turn it around, in football like in life things can change quickly. We have got to change it from bad to good.

“We need a game of football as soon as we can as we need to get this out of the systems, everyone here can say with hands on hearts that’s not good enough, not worthy of a Manchester United team. We know that and apologise again to fans.”