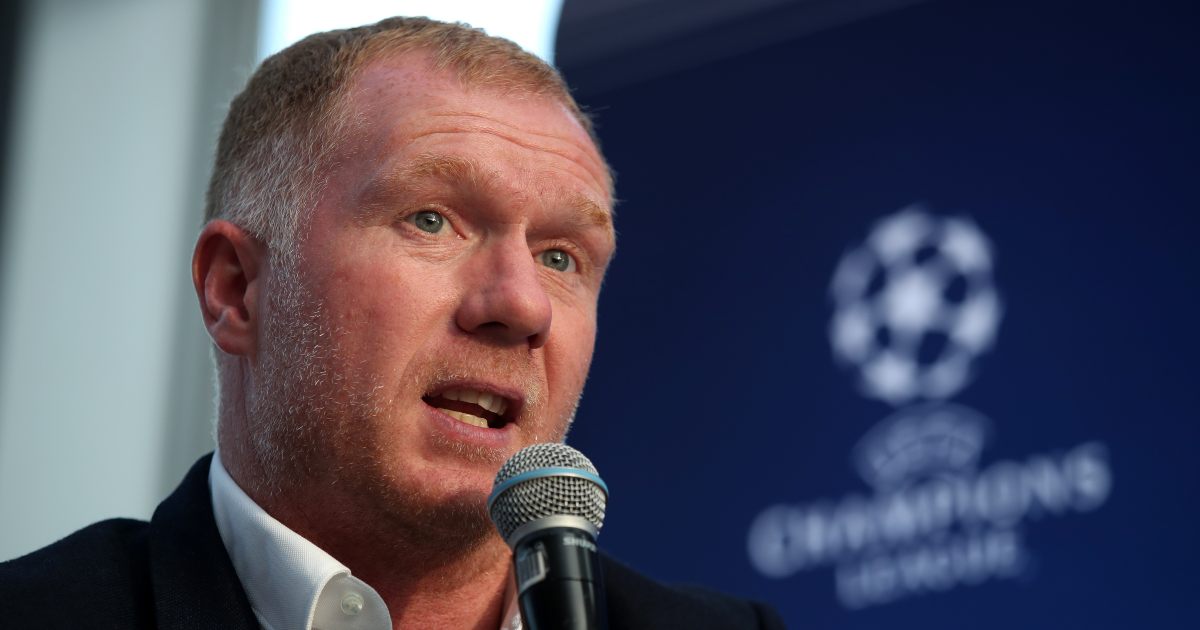 Solskjaer replaced Donny Van de Beek with Raphael Varane at half-time to protect their slender lead and Young Boys piled on the pressure as United went into their shell.

The Swiss side equalised in the 66th minute before another substitute – Jesse Lingard – gifted them the winner with the last kick of the game.

Nemanja Matic and Anthony Martial were also introduced late on, but it took until the 89th minute for the French forward to enter the fray – a move Scholes claims should have been made far earlier.

“It’s not a complete disaster. Not ideal, obviously you’d like to go away and win,” Scholes told BT Sport.

“Jesse will be disappointed, it all stems from the sending off in the first half. United were quite comfortable up until that point.

“I do think United probably missed a trick, they couldn’t get out their half they were so deep.

“I think he should’ve brought more pace on earlier in Martial or [Mason] Greenwood, they didn’t do that and they’ve paid the ultimate price.”

Solskjaer defended his decisions after the game, instead pinning the blame for the loss on the “young ref”, who he claims should have given United a penalty as Ronaldo went down in the box under a Mohamed Camara challenge.

“You can never be surprised by the man, he [Ronaldo] scored another goal, he should have had a penalty and sending off the other way,” Solskjaer said.

“He pounced on that mistake. He’s exceptional but we have to look after him and it felt like the right moment to take him off.

“He shoves him with his arm and he’s one-on-one with the keeper but [the referee] probably didn’t do it as he’d have had to send him off and that’s sometimes what you get with young refs.”

And Solskjaer recalled that game when explaining Lingard’s mistake that cost them.

“Lack of concentration, make mistakes and you get punished,” Solskjaer added. “You get done. We did that last year, we conceded two sloppy counter-attacks against Basaksehir and lost that game in the last seconds today.

“Jesse wants to play it safe and misplaces the pass, concedes the goal, that happens in football. Harry hindsight is a very good player, if Jesse gets that chance again he turns, swivels and boots the ball the other way. Discipline is a huge part of the game. Aaron’s normally a very, very astute tackler, one of the best in the world.

“We know we’ve given ourselves a more difficult task, we did last year when everyone thought we were through after two games (against Paris Saint-Germain and RB Leipzig). You need 10 or 12 points, win your home games, one away from home. We’ve lost the opportunity to get three points but we’ve got two home games next and got to focus on those two.”