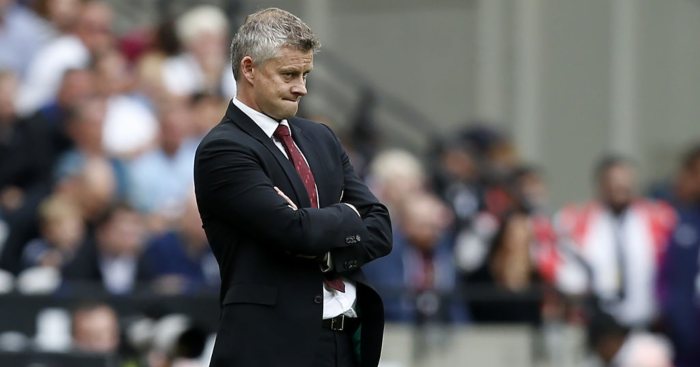 Ole Gunnar Solskjaer privately told his players they are ‘letting the club down’ following their defeat to West Ham on Sunday, according to a report.

United slipped to a demoralising 2-0 defeat at the London Stadium, stretching their winless run on the road to seven Premier League matches.

The Red Devils have won only five of the 17 matches played since Solskjaer was given the managerial job on a full-time basis in March.

And The Times claims that Solskjaer ‘told his players that they were not upholding the standards of Manchester United’ following the conclusion of the match.

The Norwegian ‘gave his players a dressing down’ in the changing room after the final whistle and told them to ‘raise their game if they are to challenge for trophies again’.

In the aftermath of defeat, United’s executive vice-chairman Ed Woodward ‘was seen with his head in his hands in the directors’ lounge at the London Stadium after the loss’.