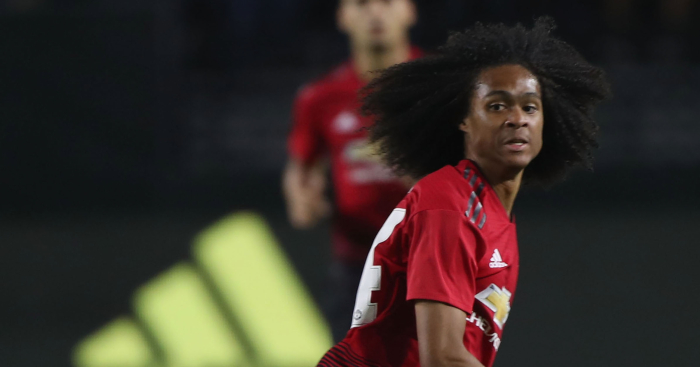 Manchester United youngster Tahith Chong turned down loan moves after Ole Gunnar Solskjaer told him he would get opportunities to feature for the first team this season.

The 19-year-old made four first team appearances last season, including the 3-1 victory over PSG in the Champions League, but he is yet to feature so far this season.

Chong was given the option to return to his native Holland on loan this summer, but rejected the opportunity to join PSV or former club Feyenoord.

He is hopeful of forcing his way into Solskjaer’s first team plans this season, and has said the manager has provided him with optimism.

“Ole tells me to keep working hard and my chances will come. That’s nice to hear,” Chong told Voetbal Primeur.

“There are a few players who are left and I’m climbing up the pecking order.

“It’s always nice to come back to the Netherlands, but in the end I have to do what I find best for myself. That’s why I decided to stay.”

The midfielder is currently on international duty with the Dutch under-21 side ahead of their European championship qualifier with Cyprus.

Chong was a regular in United’s pre-season campaign and has revealed that a new contract is being discussed.

“Of course we are talking, but it’s still too early to say anything about it,” Chong added.

“The season is still long and we will see what happens. There are a lot of competitions coming up and I will focus on that.”